Everything You Need To Know About Eating Disorders

Learn the signs and find hope for these devastating mental illnesses

What Is an Eating Disorder?

Eating disorders happen because of severe disturbances in eating behavior. These can include reducing food intake or extreme overeating.

These patterns can be caused by distress or concern about body shape or weight, and they harm normal body composition and function. A person with an eating disorder may have started out just eating smaller or larger amounts of food than usual. At some point, the urge to eat less or more spirals out of control.

Eating disorders often develop during early adulthood. Some reports indicate onset can also occur during childhood or later in adulthood. Many adolescents can hide these behaviors from their family for months or years.

Eating disorders are not due to a failure of will or behavior. They are real, treatable medical illnesses in which certain abnormal patterns of eating take on a life of their own.

Anorexia nervosa, a form of self-starvation, is characterized by a distorted body image that leads to restricted eating and other behavior that prevents a person from gaining weight.

Initially identified in upper- and middle-class families, anorexia is now known to be found in all socioeconomic, ethnic, and racial groups. The majority of those affected are females (90-95%), although these statistics are changing as males are now more frequently affected.

Bulimia is characterized by uncontrolled episodes of overeating, called bingeing, followed by purging through various methods. Bingeing is eating much larger amounts of food than you would normally eat in a short period of time, usually less than 2 hours. The binge-purge cycles can happen from many times a day to several times a week. Other illnesses, such as addiction, anxiety, and mood disorders, are common in people with bulimia.

Bulimia most often affects females and starts during the teenage years, but it can also affect males. Other illnesses, such as substance misuse, anxiety disorders, and mood disorders are common in people with bulimia.

What Is Binge Eating Disorder?

Binge eating disorder is an illness that involves overeating in a specific, defined period of time. More food is eaten than others eat in the same amount of time, under the same circumstances. It differs from bulimia as individuals do not purge their bodies of the excess food via vomiting, laxative misuse, or diuretic misuse.

Binge eating disorder is found in about 1% to 2% of the general population and is seen more often in women than men.

When patients are treated for anorexia nervosa or bulimia nervosa, the eating disorder is often the tip of the iceberg, and a thorough evaluation often reveals co-occurring psychiatric disorders.

A recent national survey found that patients with anorexia nervosa had high rates of coexisting mood disorders (42.1%), anxiety disorders (47.9%), substance use disorders (27%), and impulse control disorder (30.8%). This same survey found that patients with bulimia nervosa had even higher rates of co-occurring psychiatric disorders: mood (70.7%), anxiety (80.6%), substance use (36.8%), and impulse control (63.8%).

At first, diagnosing co-occurring conditions might seem disheartening, as this might make an already serious eating disorder diagnosis suddenly seem more complicated. However, hope begins when patients understand what they are up against—how each disorder worsens the other—and receive treatment for all their conditions together, recovery can move forward.

Eating disorders, for example, worsen depression and vice versa. The malnutrition of anorexia and erratic eating of bulimia has a negative effect on the brain, worsening mood and impairing sleep, concentration, and energy. Eating disorders behaviors cause social isolation and are time-consuming.

Patients also struggle with distressing negative body image, ruminations about food and body, and shame and stigma that worsen their self-esteem, further lowering their mood. Depression saps motivation for recovery, makes patients feel hopeless, and keeps them stuck. In the case of anorexia, weight loss can be a slow suicide.

When patients are on track with eating, the multitude of evidence-based treatments for depression (medications, psychotherapy, electroconvulsive therapy (ECT), and transcranial magnetic stimulation) work better, and patients have more energy and emotional space to find the meaning and enjoyment in life that is integral to recovery from depression.

Similarly, an eating disorder and a substance use disorder feed off each other. Alcohol has calories, and patients restrict eating to make up for drinking. Drugs and alcohol disinhibit and are associated with bingeing, which is followed by restricting or purging to offset the intake.

The lack of a clear head due to the use of drugs and alcohol makes it hard to stay on track with eating disorder recovery. However, even two weeks of sobriety brings back a clear head, and the awareness of the association of substance use and eating disorder symptoms can allow patients more choice in their recovery.

Patients often drink, take drugs, or use eating disorder behaviors to cope with their trauma symptoms. For example, restricting can provide a sense of control, can be numbing, can be soothing. Bingeing and purging can be an emotional outlet.

Trauma treatment starts with trauma education, including helping patients understand how their old ways of coping can be replaced with more adaptive coping mechanisms.

Studying eating disorders is a field that is continuously evolving based on new discoveries and research into the compounding factors of the illnesses. McLean’s Kristin Javaras, DPhil, PhD, is hoping to expand that universe to find good treatments for conditions that are far more than simple lifestyle choices.

As with many other behavioral health conditions, eating disorders have roots in stress and potential genetic preconditions.

“In the real world, stressors or negative emotions often precipitate an increase in eating disorder symptomology,” Javaras explained. “In my own experience as a clinician, it is clear that it is difficult enough for all of us to make changes when we’re in a sort of neutral mood, but it becomes even harder to implement a different strategy when you’re upset.”

The study of eating disorders to date is limited by the nature of the patients, she explained. Most tend to be white women with the resources to seek treatment. However, eating disorders affect all races, ethnicities, and genders.

The National Eating Disorders Association (NEDA) estimates that 10 million men will be affected by an eating disorder at some point in their lives. Self-starvation and other restrictive behaviors have been reported by more females. However, recent studies show that bingeing is comparable between males and females. The majority affected by anorexia are females (90-95%), but it is becoming more common among males. Bulimia most often affects females and starts during the teenage years, but it can also affect males.

Another challenge is a lack of specialist care. “There’s just not that many eating disorder providers,” Javaras said. “Then there’s also the issue that many people do not recover during treatment, and even if people do experience a marked improvement, there’s a high rate of relapse. The treatments don’t work for everyone, and a number of people relapse.”

Javaras’ work is focused on how to better identify what areas of the brain are involved in an eating disorder. However, many people with eating disorders don’t seek treatment or volunteer for studies. That has made her job difficult.

“That led us to a lot of conclusions that aren’t actually about the disorder,” she said, “but about the people who are able to access treatment.”

At first, patients might feel overwhelmed when they are diagnosed with eating disorders, especially in combination with other mental health issues. A college student once said, “I thought I was just partying. Now you are telling me I have a substance use problem on top of my eating disorder!”

But the truth is that patients know what they are up against deep down inside as they live and experience their struggles every day. Making these struggles more explicit, naming them, diagnosing them, explaining how different disorders interact, and most importantly, providing treatment for all problems moves patients into a more complete recovery.

This is a hopeful process.

In the words of a patient, “I am not glad that I got anorexia, but I am glad I came to treatment to get help for everything else that was going on.”

Looking for even more information about eating disorders? You may find these resources helpful.

Learn more about eating disorders and what you can do if you or a loved one is displaying signs they are struggling.

These organizations may also have useful information:

Alliance for Eating Disorders Awareness
A nonprofit organization dedicated to providing programs and activities aimed at outreach, education, and early intervention for all eating disorders. Their goal is to raise awareness, eliminate stigma, promote access to care and support for those susceptible to, currently struggling with, and recovered from eating disorders.

Eating Disorders Anonymous
A fellowship of individuals who share their experience, strength, and hope with each other that they may solve their common problems and help others to recover from their eating disorders.

Multi-Service Eating Disorders Association
MEDA works to combat the spread of eating disorders through educational awareness and early detection. MEDA serves as a support network and resource for patients including clinicians, educators, and the general public.

National Association of Anorexia Nervosa and Associated Disorders
ANAD is a nonprofit organization that works in the areas of support, awareness, advocacy, referral, education, and prevention of eating disorders.

National Eating Disorders Association
NEDA is the largest nonprofit organization dedicated to supporting individuals and families affected by eating disorders. They serve as a catalyst for prevention, cures, and access to quality care. 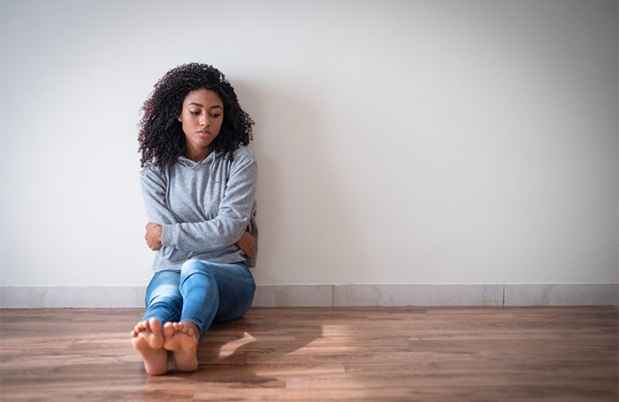 In the Media: What to Avoid Saying to Someone With an Eating Disorder and the Best Ways to Offer Help and Support

In the Media: COVID-19 Is Affecting More Than Just People With Anxiety and Depression