The Impact of Age and Gender on Mental Health

Mental illness affects everyone—all genders, young and old. But not everyone experiences mental disorders the same way. More and more, researchers are trying to find out why disparities exist and what those differences mean for treatment and outcomes.

Things are changing because of mandates by agencies that fund research, like the National Institutes of Health. Still, she said, “We have a very long way to go in understanding sex and gender in mental health.”

Despite the historical lack of focus on sex and gender disparities, mental health researchers understand some of the ways mental illnesses affect people of different ages and genders. For example, McHugh said, “We know women are more likely than men to have depression, anxiety, and traumatic stress-related disorders. Men are more likely to struggle with addiction.”

On the other hand, she said, “Men and women are affected at about the same rate for many conditions, like bipolar disorder. There is evidence that some of the sex differences in the rate of mental health disorders are changing.” For example, the gap between men and women in the occurrence of substance use is shrinking in the U.S. and other countries in the global north.

More differences become evident when researchers study both gender and age. “For some domains of mental health, before puberty, boys and girls look quite similar, but differences emerge later in life,” McHugh said. “For other disorders, you see stark differences in youth based on sex and gender.”

These disparities are obvious in conditions like substance misuse. “The condition often is similar in young men and women,” McHugh said, “but that starts to diverge in early adulthood, with more men than women struggling from problematic substance use.”

There are similar differences with depression. McHugh shared that “in general, women are more likely than men to experience depression. But this sex difference varies across the life span and is particularly strong in adolescence.”

Biology plays a role in creating these disparities. “We know that the hormones estrogen and progesterone have a significant impact on mood, stress, and cognition. Studies are beginning to identify ways that these hormones may impact mental health factors, ranging from development of fear and anxiety to risk for drug and alcohol use,” McHugh said.

Despite these findings, McHugh cautioned against focusing on biology alone. “We know biology is not the only piece of the puzzle,” she said. “There are also many social and cultural factors that play a role in mental health and wellness, such as social role expectations, discrimination, and violence. We cannot assume that differences are strictly biological, nor can we assume that they are strictly cultural.”

Understanding age and gender differences and underlying causes could improve mental health treatment. However, the impact of these on treatment is not well understood. Part of the reason, McHugh said, is “because of historical underrepresentation of women in clinical trials.” For example, she said, disulfiram, a medication for alcohol use disorder, has been studied almost exclusively in men.

Still, there is growing evidence for the benefits of sex- or gender-informed treatment. For example, McHugh said, “It appears that men and women may respond differently to smoking cessation medications.” McHugh cited studies by McLean’s Shelly F. Greenfield, MD, MPH, that show benefits for gender-specific behavioral treatment for women with substance use disorders.

“There are so many questions on the role of sex and gender in etiology, neurobiology, natural history, and treatment of psychiatric disorders,” said Greenfield. “Gender-specific factors can make a difference in implementation of treatment services.” Because of this, she said, “More research in this area is important. It’s critical for studies to include potential sex and gender differences in questions, design, methodology, and analysis in order to advance our knowledge.”

“There is really exciting work being done,” McHugh said. “We are just seeing the tip of the iceberg right now.” To reveal more of the “iceberg,” McHugh believes that researchers must incorporate data on age and gender as a regular part of their investigations.

“Answering questions about the impact of age, sex, and gender on mental illness will require continued and much-expanded efforts to increase the diversity of participants in research, as well as the expansion of studies specifically designed to test these questions,” she said. “Questions about age and sex/gender differences are usually secondary aims—add-ons—in addition to the main study question. Studies with sex, age, and gender as a focus are essential to answering important questions about mental health.” 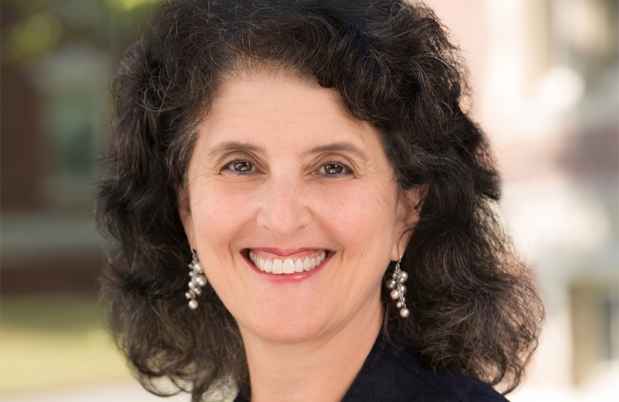