Facts help break down stigma against this important depression treatment

Electroconvulsive therapy (ECT) has been around since the late 1930s, and it has been clear from the beginning that it is an effective treatment for patients with certain types of mental illness, including severe depression, severe mania, and catatonia.

Despite this potential to provide dramatic relief for patients, stigma surrounding the procedure—partially fostered by misleading portrayals of ECT in Hollywood productions as well as discouragement from other sources—has influenced many who might benefit greatly from ECT to shy away from getting the treatment.

Once known as “electroshock therapy,” ECT has frequently been represented as barbaric and violent, a process that produces memory loss or leads to mind control. Many people remember the dramatic depiction of the therapy in the 1975 movie “One Flew Over the Cuckoo’s Nest.”

However, with the help of advocacy from prominent figures who have had profoundly positive experiences with ECT, such as Kitty Dukakis and Carrie Fisher, more and more people are choosing ECT.

As a practitioner and advocate of ECT, McLean’s Stephen J. Seiner, MD, believes that it is important to spread the truth about ECT—including both its benefits and its risks. Below, Seiner addresses some of the most common questions he is asked about ECT.

Seiner is director of the Psychiatric Neurotherapeutics Program and the Electroconvulsive Therapy (ECT) Service at McLean Hospital.

ECT is done under general anesthesia—meaning that the patient is asleep—so the patient doesn’t feel any pain during the procedure and is also unaware while the procedure is taking place. Generally, the only potential discomforts for patients occur when they get a little pinprick before the procedure to insert the IV for the anesthesia, and after the first one or two treatments, when some patients experience mild headaches.

According to Seiner, many years ago, before ECT physicians started using general anesthesia and muscle relaxants, there was a risk of injuring bones, joints, or teeth because of the convulsions associated with the seizure induced by ECT. Now, however, by using anesthesia and a muscle relaxant, patients remain still throughout the procedure and significant complications are rare.

Does ECT Cause Seizures?

ECT does induce a seizure. This is intentional, as it is believed that this seizure helps to reset the brain and bring a patient back to their baseline—the person they used to be before they became sick. “However, it is important to note that this induced seizure doesn’t cause a seizure disorder (i.e., future seizures),” states Seiner.

In fact, there is evidence that this induced seizure can even be used to stop a prolonged seizure. It’s as though the induced seizure is acting as a vaccine, causing the brain to fix itself.

Does ECT Damage the Brain?

Numerous imaging studies over the years have consistently demonstrated that ECT doesn’t cause any structural damage to the brain. There is evidence that ECT causes growth in the hippocampus, and some people have postulated that this neurogenesis (new nerve growth) is an instrumental part of how ECT helps patients. It’s noteworthy that many antidepressant medications also cause some neurogenesis.

Does ECT Cause Memory Loss?

It can. There are two main types of memory loss that are seen in ECT patients. One is anterograde memory, which is the ability to remember new things. However, that is a very short-lived side effect of ECT. In fact, when people are tested two months or so after they have had ECT treatment, they typically test better on anterograde memory and cognitive function assessments than they did prior to having ECT treatment.

This doesn’t mean that ECT is making people smarter. It means that ECT is helping make people less depressed. When people are depressed, it has a profound effect on cognition and memory, and ECT can dramatically reduce symptoms of depression, including negative impacts on memory and cognition.

The impact on retrograde memory—the ability to remember things that have already occurred—is a little less clear, with part of the issue being that retrograde memory is very difficult to test. The greatest risk appears to be for events that happened within a few months before ECT treatment.

For instance, you wouldn’t forget who your daughter is, but you might forget the details of a play you attended three months ago. Sometimes, however, these details come back with prompting or with time. Rarely, some patients describe much more significant retrograde memory loss, but with advances in ECT, this is much less common and usually only occurs in cases of severe illness and long or repeated courses of ECT.

The type and amount of ECT appear to be factors in memory loss, “so we try to be as conservative as possible when treating patients,” says Seiner.

“Newer ECT techniques have made it easier to protect memory. We discuss these factors and other risks and benefits with our patients before determining how to proceed, and we monitor memory throughout the course of treatment.”

This can often involve an ECT taper (gradually decreasing the frequency of ECT treatment and sometimes moving to a maintenance schedule), medications, and talk therapy support, although everyone is different.

Is ECT Ever Administered Involuntarily?

ECT is administered involuntarily rarely and only when there is a court order.

“It’s important to note that of all the patients who are treated with ECT involuntarily, my experience has been that the majority are very grateful afterward,” shared Seiner.

Is ECT a Last-Resort Treatment?

“I don’t think of ECT as a last resort anymore—the risk-benefit has shifted,” says Seiner. “It’s so much more comfortable, so much safer now. It does have some side effects, but it is a safe procedure.”

“ECT is a very powerful tool in the toolbox. Save it for when it’s needed, and for some patients, especially those who have become very ill very quickly and are suicidal, that tool should be used much sooner.”

Read more about how ECT is becoming a preferred depression treatment

There is no question that ECT works. More than 70 years of data backs up this claim. No other treatment has ever been shown to be more effective in the acute treatment of depression than ECT.

“One of the beautiful things about ECT is that the more someone needs it to work, the more likely it is to work,” Seiner says.

“The further someone is from their baseline—the way they used to be—the more they can count on ECT working for them.”

With psychotic depression, a debilitating condition, response rates are around 85 to 90%. Catatonia, which is potentially life-threatening, has a similar success rate, 80 to 90%.

It’s quite remarkable. ECT helps bring people back to their true self.

Changing How We Talk About ECT

Unfortunately, because of the way it has been portrayed in books, films, and other media, many people have a mistaken impression of ECT.

What people rarely hear are the many stories of success and recovery for those who undergo ECT treatment. At McLean, we know that ECT is one of the most effective treatments we have for treatment-resistant mental illness like severe depression.

Paula Bolton, MS, CNP, ANP-BC, reports that after having ECT, many patients share responses like, “I feel like myself again” or “I’m getting my life back.”

Bolton is the program director of McLean’s Psychiatric Neurotherapeutics Program.

“Despite its effectiveness, there are still a lot of misconceptions about ECT,” says Bolton. “Perhaps that’s understandable because of the way electroshock therapy was performed in its early days, without the use of anesthesia or muscle relaxants. From a psychiatric point of view, patients got better, but the procedure often resulted in undesirable physical side effects.”

Today, ECT is administered in a far more controlled and safe manner than it was in years past. Surrounded by a skilled clinical team, the patient is given a short-acting anesthetic that puts them to sleep. They also receive a muscle relaxant that paralyzes their muscles for a short period to prevent movement during the treatment.

Heart rhythm, oxygen saturation, and blood pressure are closely monitored. Electrical stimulation is delivered to produce a seizure, but the seizure happens in the brain only, not the body.

“With ECT, we follow principles similar to when someone is put on a medication. We start low and go slow, using the minimum amount of electricity we can,” Bolton shared. “Everything possible is done to minimize the risk of memory loss or cognitive issues. The ECT team works with the patient and family to give enough treatment to be effective without causing unwanted side effects.”

ECT success stories are being experienced every day at clinics like McLean’s ECT Service. While they might not be as dramatic as those old horror stories, these stories have happy endings. And this is how we should be talking about ECT.

McLean’s ECT Service performs over 7,000 treatments a year, making it one of the largest ECT centers in the country. Learn more about receiving ECT treatment at McLean Hospital 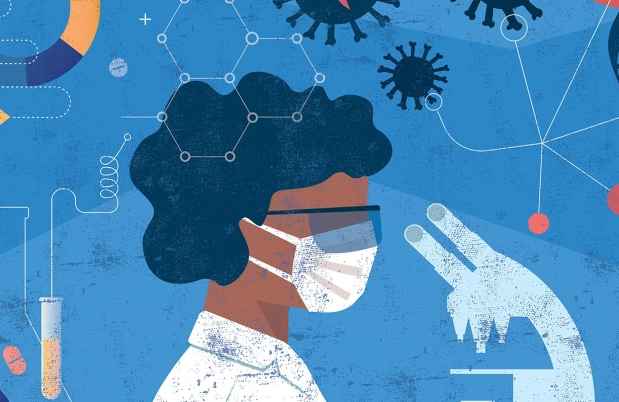 Working Nights? Try Eating During the Day To Protect Your Mental Health