Movies are designed to reel the audience in and offer an escape from reality for a couple of hours. They give a glimpse into the mind of the characters onscreen. Movies also allow viewers to reflect on their own feelings and experiences. When a movie evokes current events, it can provoke emotions and reactions ranging from glee to anxiety.

“Joker” is one such film.

It is one of the most talked-about movies of the past year. Joaquin Phoenix earned the Best Actor nod at the Golden Globes and the Academy Awards, and the movie received 11 Oscar nominations, with 2 wins.

“Joker” was released at the end of a decade Huffington Post coined as “the decade that changed the way we think about mental health.”

The media has increased awareness and conversation around mental illness. This is due in part to deaths by suicide by well-known celebrities, including Robin Williams, Kate Spade, and Anthony Bourdain.

With this awareness has come a shift on the silver screen with how films choose to portray mental illness.

“Hollywood has frequently depicted mental illness onscreen over the years. But many recent depictions have become more empathic and less sensational,” said Benjamin J. Herbstman, MD, MHS. Herbstman is an assistant psychiatrist at The Pavilion and chair of Coolidge Corner Theatre’s Off the Couch series.

“Since 2000, more than a few Academy Award nominees for Best Picture have compassionately explored mental health. “A Beautiful Mind” portrayed psychotic illness. “Silver Linings Playbook” and “Manchester by the Sea” include mood disorders. Substance misuse and suicide are integral to the story told in “A Star Is Born.” Such films can help destigmatize these problems while also providing the public with a means to better understand them.”

However, myths remain about mental illness that have proven difficult to debunk. One such myth is an association between mental illness and violence.

When “Joker” was released, there were concerns about behavior that would mimic Arthur [the character’s given name] and his erratic and concerning behavior.

In addition to public concern, the movie has opened multiple avenues for interpretation. For mental health professionals, many have used its popularity as an opportunity to educate about mental illness. Multiple articles have focused on where “Joker” has cinematized mental illness, what has been glossed over, and how we can support those who are struggling—visibly or internally.

“I have a very different take on the film, starting with not seeing it about a person with a mental illness and the issues of medication and stigmatization,” said Rodrigo Barahona, PsyD, who is one of the hosts of Off the Couch. “Rather, [“Joker” is] a film about the ‘illness’ in all of us, including the experience of lack, envy, rage, and manic and narcissistic defenses against these.”

“Since 2000, more than a few Academy Award nominees for Best Picture have compassionately explored mental health. ... Such films can help destigmatize these problems while also providing the public with a means to better understand them.”– Benjamin J. Herbstman, MD, assistant psychiatrist at The Pavilion at McLean Hospital

The cast and creative minds behind “Joker” had their own perceptions of the movie as well. Todd Phillips, the director, shared in an interview that Arthur’s inability to be helped—by his peers, family, society, career, and providers—was what contributed to his downward spiral. Phillips said, “It’s about the power of kindness, and a lot of people miss that … that’s where it started from, and there are other things in the movie, like lack of love, the lack of empathy in society, and childhood trauma, but the power of kindness really runs through this film.”

Perhaps the movie is a call-to-action for the viewers to reflect on their own roles in society. We can learn how to help each other and feel motivated to better understand each other’s internal motives, experiences, and feelings. Maybe under the grimness and grey area around mental health in “Joker,” there’s an opportunity. We can all learn, discuss, and further destigmatize mental illness.

You can learn more about McLean’s mission to change attitudes about mental health through public education initiatives like Deconstructing Stigma. 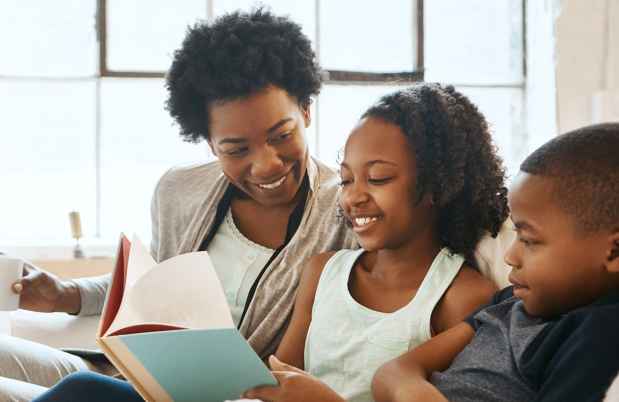 Black Mental Health: What You Need To Know
More News