What Is Teen Cutting and Self-Injury?

Public understanding of self-injury or “cutting” in adolescents has grown in recent years. Many studies and media reports have called attention to this teen mental health concern, resulting in less confusion and ignorance.

Despite this progress, many misconceptions about self-injury remain. For instance, one widely held belief is that self-harm only affects a small percentage of the population.

In fact, recent studies have found that about 17% of adolescents and some 15% of college students in the United States have engaged in some form of self-injury on at least one occasion. Statistics show that self-injury rates are about the same in other countries.

How old are individuals who engage in self-harm?

Another misconception concerns self-harm and suicide. These behaviors are different but related.

Cutting and other common forms of self-injury are mostly used for emotional regulation. Through deliberate and intentional damage to the body, those who self-harm usually do so because they feel their emotions very powerfully, or they do not have the capacity to tolerate their distress.

Simply put, injuring oneself makes that person feel better. It’s important to note, however, that while most people who harm themselves don’t intend to commit suicide, there can be a high link with suicide if the behavior goes untreated.

Ultimately, a better understanding of the true nature of self-injury can help clinicians, parents, teachers, and others who work with adolescents detect and address this teen mental health condition. Self-harm can be treated, but adolescents who engage in the behavior must get help as soon as possible. Most teens who receive appropriate treatment can go on to lead happy, healthy lives.

Many studies have attempted to deepen our understanding of why someone would engage in self-harm. Work by Mathew Nock, PhD, of Harvard University’s Department of Psychology, has investigated self-harm and whether individuals use it as a way to control emotions and thoughts and to communicate.

To better understand the problem, parents, teachers, and others must understand the various forms of self-harm. The single largest category for non-suicidal self-injury is cutting. Adolescents cut themselves with razors, knives, shards of glass, or other sharp objects.

The next most common form of self-injury is burning. Other less common self-injury behaviors include skin picking, punching, or even breaking bones. The wounds are typically superficial, but a small number of adolescents hurt themselves more severely.

Why Do Teens Self-Harm?

Given the severity of these behaviors, it would seem that self-harm would be easy to detect. It is not.

Most teenagers who engage in self-injury hide their injuries. They cut or burn their shoulders, ankles, abdomen, or thighs, areas most often covered by clothing. This is because the majority of teens are not looking for attention when they self-harm. Instead, the act of self-injury gives the teenager relief from emotional distress. They do it to make themselves feel better, not to signal parents and friends that they need help.

Studies have revealed that adolescents who self-injure are highly emotional. They are sensitive individuals who frequently feel things more intensely than their peers and are often very self-critical. These traits do not necessarily distinguish those who would engage in self-injury from those who would not. Rather, those who self-harm may not have the necessary skills to control their emotions in conjunction with their high degree of self-criticalness.

Most teens who engage in self-harm have a high degree of self-criticalness and self-loathing. For them, cutting themselves usually produces a sense of calmness. Conversely, it has been reported that if a teen feels numb or empty inside, they may use self-injury to create emotions—to feel something.

Investigations and observations have also shown that a small percentage of teens use self-injury for avoidance or to create a distraction from their feelings and problems.

Many teens also use self-injury to punish themselves because they feel they do not deserve to live, breathe, or take up space. They may cut or otherwise injure themselves in the context of an extreme emotional situation.

Other teens may use self-harm as a form of communication. They may feel that their emotions are taken more seriously when they cut than when they try to communicate their pain with words. Words may be ignored, but self-harm triggers responses.

There is also a small group of people who can’t stand their lives, think about suicide, and then discover that they don’t have to kill themselves. Simply cutting makes them feel better.

Because of the reasons behind the behavior and the fact that teens sometimes conceal their injuries, it’s not surprising that teachers and parents often don’t know that self-harm is happening. There are, however, signs that adults can look for.

For example, consider an adult who sees repeated cuts on a teenager. When they ask about the cuts, they hear excuses like “the cat did it,” or “I scratched myself.” This could indicate that the teen is covering up their self-injury. Similarly, if an adolescent insists on wearing long sleeves in July, it may be a sign that the teen is concealing a cut, burn, or bruise.

If a parent or teacher believes that a teen is engaged in self-harm, they should not overreact. An open-minded, non-judgmental approach and validation of the teenager’s emotions can lead to open and constructive dialogue about the problem.

Adults can also monitor their children’s moods. Consider a scenario in which a teenager comes home in a bad mood. He locks himself in his room for a short time and then emerges in a far better frame of mind. This could be a sign that the teen engaged in self-harm, especially if the child is prone to emotional displays.

In some cases, adults may discover physical clues of self-harm, like bloody tissues in a wastebasket. It may seem strange that a teen would leave such clues behind, given that most teens who self-harm try to hide their behavior. However, many adolescents do not always have the capacity to think things through, and some are simply sloppy and disorganized. For these teens, leaving behind bloody tissues does not mean that they are sending a sign or want to get caught—they’re just being themselves.

Picking up on clues and signals can lead to the detection of self-harm. The next step is to get help.

If a parent or teacher believes that a teen is engaged in self-harm, they should not overreact. An open-minded, non-judgmental approach and validation of the teenager’s emotions can lead to open and constructive dialogue about the problem.

According to my colleague Alison M. Yaeger, PsyD, who specializes in treating teens with borderline personality disorder, “A key feature is to help parents realize that responding to their teen’s emotional state with validation before trying to solve problems is critical to opening a pathway to helping their teen. Benign curiosity coupled with an expression that how the teen feels makes sense opens the doorway to further and more productive discussions.”

Next, the teen should undergo an assessment of whether the behavior is being done to manage one’s feelings or if the intent is to commit suicide. If it is determined that the behavior is non-suicidal, the teen’s primary care doctor should help put the teen in touch with a therapist. Ideally, the clinician is highly trained and has a track record of treating adolescents with self-harm behavior.

At this point, treatment can go in several different directions. Elements of successful treatment for self-injury may include individual therapy with a skills component, such as dialectical behavior therapy (DBT), which is a type of cognitive therapy that helps one control emotions and thoughts by improving coping skills.

“DBT helps teens who engage in self-harm in multiple ways,” said Yaeger. “DBT provides teens with tools and strategies they can implement themselves instead of self-harm. Teens become adept at labeling emotions and viewing them analytically. By doing this, they dampen the associated triggers to engage in self-harm and are able to mindfully choose how to respond when faced with intense emotions. DBT provides families with a shared language so that they can support one another without perceived judgment. This combination leads to better outcomes.”

Other therapies that have been shown to be effective include general psychiatric management, schema-focused therapy, and mentalization-based treatment. Family skills training and family therapy may also help.

Overall, the general public’s understanding of self-harm is improving, which will help teens get the help they need. Ongoing research is focusing on getting better information from teens who engage in self-harm, ideally “real-time” information. Understanding a teenager’s emotional state before, during, and after they self-harm could lead to better diagnosis and better treatment.

Michael R. Hollander, PhD, is the former director of training for McLean’s 3East continuum, and formerly an assistant professor of psychology in the Department of Psychiatry at Harvard Medical School. He is a nationally recognized expert on the causation and treatment of self-injury, and lectures throughout the U.S. on the subject. Dr. Hollander has been treating adolescents and their families for over 40 years. 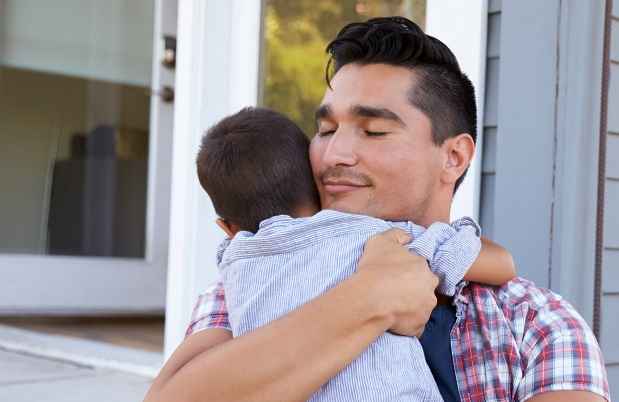