Just How Does Drinking Affect the Teenage Brain?

What every parent should know about adolescents and alcohol

Studies at McLean Hospital and elsewhere have shown that alcohol affects the brains of adolescents in profound and dangerous ways. During the teenage and early adult years, the brain is still developing, making it more vulnerable to alcohol than the adult brain.

Moreover, research indicates that the earlier a person starts drinking, the more likely that person will develop serious problems with alcohol or drug addiction later in life.

Because of the serious short- and long-term effects of alcohol use and misuse, it is essential that teens, parents, teachers, and health professionals gain a deeper understanding of teenage drinking and brain development, and we must all work together to dispel common misconceptions about teens and alcohol.

Why Is Teenage Drinking Dangerous?

Alcohol is the most commonly used and misused drug among young people in the United States, according to the Centers for Disease Control and Prevention (CDC). The CDC reports that excessive underage drinking is responsible for more than 4,300 deaths among individuals each year.

According to the CDC’s 2015 “Youth Risk Behavior Study,” when high school students were asked about their activities during the previous 30 days, 33% said they drank some amount of alcohol, 18% reported binge drinking, and 8% said that they drove after drinking alcohol.

Moreover, more than 90% of the alcohol consumed by young people is in the form of binge drinking.

The dangers associated with binge drinking include increased risk of drunk driving, violent behavior, being a victim of sexual assault, transmitted diseases, and long-term alcohol addiction.

Adding to the concerns are studies providing scientific evidence that alcohol significantly impairs learning and memory in teens.

Adults who drink also experience problems. However, learning and memory are considerably more compromised by alcohol in adolescents than in adults. This is because the brain is undergoing important development toward maturity, including improvements in decision-making functions and associated connections with the memory center, which lasts throughout the teenage years and into a person’s early 20s—the exact period of time that alcohol use, and misuse, begin.

Studies have debunked the widely held notion that adolescents can be kept safe and learn how to handle alcohol if they drink under adult supervision.

For example, underage drinking in Europe, where consuming wine and other alcoholic beverages is permitted at younger ages than in the U.S. and assumed to be more ingrained in the culture, is just as dangerous as it is in the U.S. In fact, rates of binge drinking and alcohol misuse problems in youth are higher than rates in the U.S.

Further, research shows that the younger a person is when they start drinking, the greater the likelihood of an alcohol problem later in life. For example, findings from the National Survey on Drug Use and Health show that “adults aged 21 or older who had first used alcohol at age 14 or younger were more likely to be classified with alcohol dependence or misuse than adults who had their first drink at age 21 or older.”

The chance of an alcohol addiction disorder is never zero unless someone has lifetime abstinence from alcohol consumption. And the risks are even more pronounced if there is a family history of alcohol use disorder.

Overall, it is important to better understand the impact of teenage drinking because most of the U.S. population will go on to have some relationship with alcohol: a third of the population does not drink or has low levels of use, a third drink socially and in moderate levels, and a third are heavy, dangerously risky drinkers.

Though problems associated with teenage alcohol use are clearly serious, parents, teachers, and others who interact with adolescents know that a “just say ‘no’ to alcohol” approach is not enough to deter drinking.

Thus, it is important to educate teens and their caretakers about the impact of use on the teen brain and the protection that comes with waiting to drink until teens make the neurobiological transition into adulthood.

A firm understanding of the science behind teenage drinking and brain development is helping to encourage adolescents to make better decisions about drinking and to give adults better tools to discourage risky behaviors.

Everything You Need to Know About Teens and Addiction 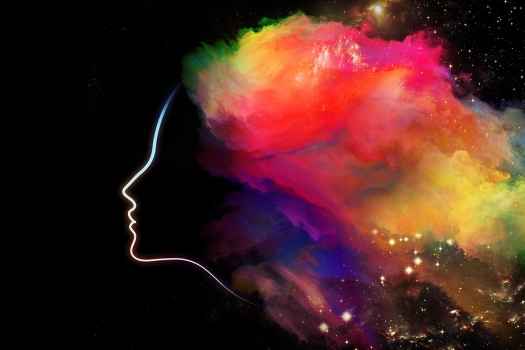 Drugs and alcohol have a powerful neurologic influence, especially in the developing brain. Learn the truth about addiction and how to successfully address it in adolescents.

The Science Behind the Effects of Alcohol on the Adolescent Brain

It is important to understand that adolescence is a notable age period, a time when an individual is growing and maturing at rapid and dramatic rates relative to other ages. In the first decade of life, many changes happen in the brain’s neural systems, areas that control vision, hearing, and motor functions.

However, the last region of the brain to come online is the frontal lobe, which controls higher-order abilities, such as abstract thought, impulse control, and decision-making. This part of the brain undergoes a dramatic fine-tuning during adolescence. Because their minds and bodies are still developing, teens have different responses to the effects of alcohol than adults.

A better understanding of the nature of these responses has been revealed through research at my laboratory at McLean Hospital—the Neurodevelopmental Laboratory on Addictions and Mental Health (NLAMH).

Through this work, which is funded by the National Institute on Alcohol Abuse and Alcoholism, we have come to believe that one of the keys to understanding the effects of alcohol on the teenage brain is γ-amino butyric acid or “GABA.” GABA is found throughout the brain, particularly in the frontal lobe, the late-maturing region of the brain responsible for planning, organization, short-term memory, cognitive control, and decision-making.

During adolescence, the brain undergoes major remodeling, including maturation of the GABA system. Research shows that healthy adolescents aged 12-14 years have lower levels of GABA in their frontal lobes than young adults aged 18-22 years.

By late adolescence, frontal lobe GABA receptors mature to reach adult levels, which is associated with improved cognitive control, better decision-making, and less impulsiveness—factors that play into whether and how much a young person drinks.

Using MRS (magnetic resonance spectroscopy, a type of magnetic resonance imaging), a non-invasive brain imaging technique, researchers in my lab are measuring brain GABA levels, along with the development of the structure and function of the brain, to identify important milestones in brain development during adolescence.

In addition to looking at the effects of alcohol use on adolescent brain development, we are also looking at the impact of binge alcohol consumption. Our understanding of the developing brain tells us that teens likely seek out risky experiences like binge drinking because they are wired for “novelty seeking.”

Seeking out new experiences is believed to promote their “leaving the nest” to make the transition to independence. This same drive often overlaps with risk-taking behaviors, such as using and misusing alcohol and other drugs.

Marisa M. Silveri, PhD, is the director of the Neurodevelopmental Laboratory on Addictions and Mental Health at McLean Hospital and an associate professor of psychiatry at Harvard Medical School. In addition to her research, Silveri often speaks to students, parents, educators, mental health professionals, law enforcement officers, and policymakers to educate them about the development of the teenage brain and the effects of alcohol and drug use on brain function.

A look at brain chemistry and structure offers a deeper understanding of binge drinking.

My staff and I have investigated the impact of binge alcohol consumption on frontal lobe neurochemistry and cognition during emerging adulthood (18 to 24 years old) and found significantly lower levels of frontal lobe GABA in binge drinkers relative to light drinkers. GABA levels were even lower in those who had experienced an alcohol-induced blackout.

In addition, verbal learning was uniquely impacted by binge drinking between bouts of intoxication.

Investigations conducted using animal models (because it is unethical to administer alcohol to human youth) have revealed that adolescents are less sensitive to some of the impairing effects of alcohol, like sleepiness and loss of motor control, than adults.

In adult humans, these impairing effects of alcohol serve as internal cues that tell them they have had enough to drink. Teens, however, are significantly less affected by sleepiness and loss of motor control, and so they end up binge drinking and achieving higher blood alcohol levels.

It can be hard to determine whether a young person, compared to an adult, has been drinking. In general, adults more quickly experience impaired motor skills, but not always problems with memory, when they have been drinking.

For teens, drinking impairs memory and learning, but motor control is significantly less affected. For instance, in animals, it takes adolescents about 50 minutes to recover from a sleep-inducing dose of alcohol, whereas adults take three times as long to recover. In contrast, when administered alcohol before a memory test, adolescents are significantly impaired, whereas adults remain intact.

Taken together—and given a lack of sensitivity to the outward signs of intoxication in teens—it can be difficult, not only for an adult to know if their teen has been drinking but also for teens to have insight as to their own impairment.

One reason teens may be less affected by alcohol sedation is due to having less GABA in their frontal lobe, which could promote binge drinking to get the desired effect from alcohol. A combination of low GABA and binge drinking also sets up teens for greater risk-taking, which can lead them into dangerous and sometimes fatal situations that their still-maturing brains do not always recognize as dangerous.

Boosting GABA in the brain could be a potentially effective way of protecting the teenage brain, staving off behavior that could lead to drinking and other risk-taking behaviors. One promising, natural means of boosting GABA is through the practice of yoga. Investigations, including studies conducted at McLean, into yoga as a way of boosting teenage brain GABA are currently underway.

Research into GABA levels, binge drinking, and the long-term impacts of underage drinking are deepening our understanding of why teenage alcohol consumption is dangerous. Through this work, we aim to identify who is at greatest risk for addictive and psychiatric disorders later in life.

Presenting this research to the community through educational outreach may help teens delay onset of that first drink during the crucial period of teen brain development, which in turn may serve to protect their mental health in the long run.

Armed with scientific findings on teenage drinking and brain development, teachers, parents, and others who influence and work with adolescents may find better strategies for discouraging alcohol use.

McLean Hospital offers comprehensive mental health treatment for children, adolescents, adults, and older adults, including world-class addiction recovery services. If you or your loved one needs help, call us at 877.814.9119. 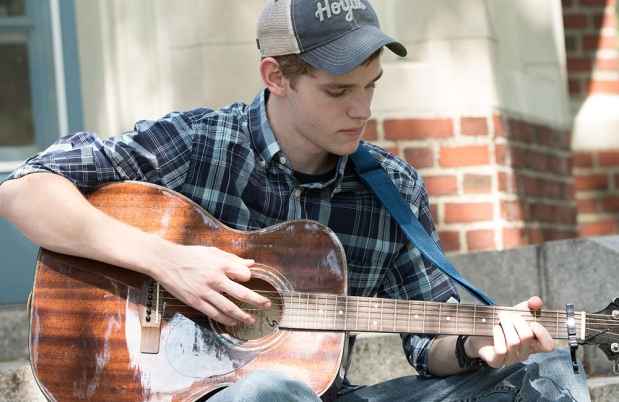