Why We Need To Pay Attention to Women’s Mental Health

The gender differences in mental health cannot be overlooked any longer

When it comes to the importance of mental health care for women, it is important to take a look at how their mental health issues differ from those of men. Newer research suggests women are more prone to psychological problems, such as depression, largely due in part to differences in the brains of men and women.

There are long-standing stereotypes around differences in genders that have been immersed in our societies and cultures. Gender discrepancies have even made their way into mental health research and care.

Even though progress has been made in decreasing the stigma surrounding mental health issues, there is still more work to be done in the field, especially when looking at variations in mental health between genders.

It’s so important for all mental health providers and patients to understand how gender may impact the diagnosis and treatment of mental health issues.

This article is focused on the biological differences between men and women and the variances in mental health between the two. We understand that not all gender identity fits into one of these two categories. This article does not exclude the validity of those who identify with other genders.

How Does Mental Health Differ Between Genders?

Sex and gender differences are important determinants of mental health and mental illness. For clarity, sex refers to biological differences between males and females. Gender refers to social roles and behaviors usually exhibited by men and women in society.

Research has also shown that there are significant differences between genders when it comes to the development of common mental health disorders. These include eating disorders, post-traumatic stress disorder, depression, and anxiety.

A Closer Look at the Differences Experienced

One of the most common mental health disorders someone might struggle with is depression. Twice as many women experience depression at some point in their lives when compared to men. Gender, genetic, social, and economic differences all play a role in the development of depression in women.

Anxiety is another very common mental health issue—one that women are twice as likely to experience as men. Testosterone, which is typically found in higher amounts in men than women, has been found to have antidepressant and antianxiety benefits. Also, women are more likely to seek help for anxiety than men. This may contribute to a higher diagnosis rate in women.

The overwhelming majority of individuals who are exposed to violent conflicts, civil wars, displacement from home, and natural disasters are women and children. About 20% of all women will experience rape or attempted rape at some point in their lifetime. This may increase the risk of developing a mental health issue. Women are exposed to higher levels of sexual violence and have higher rates of post-traumatic stress disorder (PTSD) associated with sexual violence.

PTSD is a very common mental health disorder. When people think of PTSD, they often think of people exposed to combat violence. While this is one factor, women are twice as likely to experience PTSD as men.

PTSD in women can develop following domestic violence issues, sexual abuse, and other traumatic experiences. Women are also more likely to develop serious symptoms as a result of PTSD.

Eating disorders represent a significant mental health issue but can also occur in tandem with other conditions, including depression and anxiety disorders.

The majority of individuals who struggle with anorexia and bulimia are women. More than half of individuals who develop binge eating disorders are women as well. Eating disorders impact both women and girls. According to a study of Massachusetts middle school students, an estimated 6% of girls use disordered weight control behavior monthly, including vomiting and taking laxatives, to control their weight.

While there are no definitive causes, research has shown that genetic, behavioral, psychological, social, and cultural factors all contribute to the development of an eating disorder. Low self-esteem as well as feeling pressure to lose weight are often reported as factors in patients with eating disorders.

The societal pressure and expectations that women cope with regularly can increase the chances of developing mental health issues. This includes society’s greater valuing of women who are more physically attractive, empathetic and nurturing, and intelligent.

To counter, men are regarded to be of higher value if they are more honest, have professional or financial success, and exhibit ambition or strong leadership qualities.

Pressure caused by multiple societal roles and overworking has also been shown to account for poor mental health in women. Women are also more likely to be discriminated against as a consequence of their gender when compared to men. This could increase their chances of developing a mental health issue.

In some countries, communication can often be controlled by the government or other authorities. This can make disclosing emotional and psychological distress more difficult. There may be implicit gender bias, where someone unconsciously assumes certain attitudes about a person or group of people. This can lead to both overtreating and undertreating of women. As a result, it may be even harder for women to receive appropriate care.

By keeping these facts in mind, medical providers can best serve the needs of female patients, particularly when it comes to the treatment of severe mental health issues.

Substance Use Disorders in Women

Substance use disorders can affect both the individual and their peer circles, impacting one’s relationship with an individual’s family members, friends, and colleagues.

Addiction to drugs or alcohol often has a unique impact on a person due to a variety of factors, often including differences in brain chemistry. As a result of these differences, women may have a harder time quitting certain substances. Women may also require assistance with childcare and eldercare when they are trying to receive treatment for alcohol and substance use issues.

There is no single factor that can predict whether a woman is going to have trouble with alcohol or drugs. Research from the National Institute on Drug Abuse (NIDA) shows that women face a lot of unique issues when it comes to substance use.

It is also critical that women meet with a health care provider about the use of all over-the-counter and prescription medications as well as other substances, particularly while pregnant. Suddenly stopping can lead to withdrawal symptoms that could put herself and her child at risk. 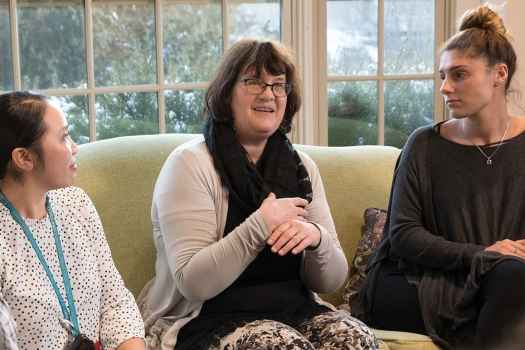 McLean’s Division of Women’s Mental Health aims to innovate and improve mental health care for all women and girls throughout their lives.

COVID-19 and the Spike in Health Crises

The coronavirus pandemic has not only led to an economic crisis but a mental health crisis as well. Mental health providers all over the United States are seeing an increase in inquiries for care. Through recent research, it’s clear the pandemic is having a terrible impact on women’s mental health.

According to a research study from The Centre for Addiction and Mental Health in Canada, women have higher levels of anxiety and loneliness than men.

Another study published at the end of 2020 found that women were reporting more frequent and more severe symptoms of anxiety and depression. Also, women’s symptoms got worse over time when compared to men.

Countless people all over the world are either at heightened risk of or are victims of domestic violence. The overwhelming majority of these people are women.

Pandemic protocols around the world have left many working from home or sheltering in place, preventing them from leaving the home. As a result, a lot of people are spending more time with their abusers than they have in the past.

The Intersection of Gender and Race

In addition to gender, race is another major factor that plays a role in mental health.

Racial discrimination can be associated with negative coping strategies. These types of behaviors generally make a person feel good in the short term. However, their long-term effects are harmful to the person. These behaviors include emotional eating, self-harm, alcohol and drug use, and avoidance.

The study also points out that there is a significant amount of evidence documenting gender differences in the type and the setting of racial discrimination among African Americans.

There is also growing evidence that racial discrimination is closely tied with bodily markers of stress. These markers include blood pressure, heart rate, and cortisol (stress hormone) levels. With chronic stress, all of these can be higher than a healthy level. Chronic stress can lead to both severe physical and mental health issues.

When all of these factors are combined with the gender disparity in mental health treatment, mental health issues can be made even worse. Everyone should have access to trained mental health professionals to address specific issues, such as anxiety, depression, and bipolar disorder.

There is a severe shortage of mental health providers all over the country. This shortage, when coupled with the unique barriers women face can disproportionately impact women in comparison to men.

Some of the most prominent unique barriers include:

Women have reported having a harder time getting time off from work to access required treatment. A study by Kaiser Family Foundation reported that nearly one in four women could not get the care they needed because they could not take time off of work. One in four women also shared that they either postponed care or missed it altogether due to costs.

There are major mental health issues that can develop surrounding pregnancy, and women may not be able to find the care they need for these issues. Women are also more likely to be responsible for raising children than men. This means they may not be able to find adequate childcare services that otherwise allow them to seek mental health treatment.

Both providers and patients have to keep these barriers in mind when it comes to providing women with access to mental health treatments to ensure that everyone receives the right care.

Though mental health has come a long way, we still have a lot of work do to understand its impacts on individuals. Gender needs to continue being considered an impactful factor in mental health, from understanding risk levels through the treatment of conditions.

Through education and destigmatizing efforts, we can all do our part to help women better understand their mental health—and seek help if they need it.

If you or a loved one needs help managing their mental health, McLean is here to help. Contact us today at 617.855.3141 to learn more about treatment options.

You may find these articles and resources interesting: 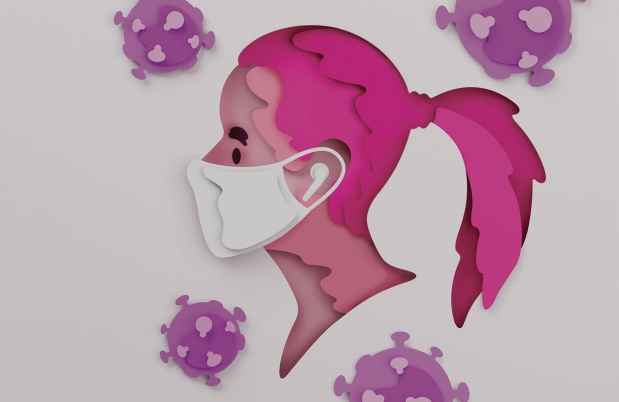