A team of investigators from McLean Hospital and Harvard Medical School, led by Kai-Christian Sonntag, MD, PhD, and Bruce M. Cohen, MD, PhD, has found a connection between disrupted energy production and the development of late-onset Alzheimer’s disease (LOAD). The findings appear in the current issue of Scientific Reports.

“These findings have several implications for understanding and developing potential therapeutic intervention in LOAD,” explained Sonntag, an associate stem cell researcher at McLean Hospital and an assistant professor of psychiatry at Harvard Medical School. “Our results support the hypothesis that impairment in multiple interacting components of bioenergetics metabolism may be a key mechanism underlying and contributing to the risk and pathophysiology of this devastating illness.”

For three decades, it has been thought that the accumulation of small toxic molecules in the brain, called amyloid beta, or in short, Aβ, is central to the development of Alzheimer’s disease (AD). Strong evidence came from studying familial or early-onset forms of AD (EOAD) that affect about 5% of AD patients and have associations with mutations leading to abnormally high levels or abnormal processing of Aβ in the brain. However, the “Aβ hypothesis” has been insufficient to explain the pathological changes in the more common LOAD, which affects more than 5 million seniors in the United States.

“Because late-onset Alzheimer’s is a disease of age, many physiologic changes with age may contribute to risk for the disease, including changes in bioenergetics and metabolism,” said Cohen, director of the Program for Neuropsychiatric Research at McLean Hospital and the Robertson-Steele Professor of Psychiatry at Harvard Medical School. “Bioenergetics is the production, usage, and exchange of energy within and between cells or organs, and the environment. It has long been known that bioenergetic changes occur with aging and affect the whole body, but more so the brain, with its high need for energy.” 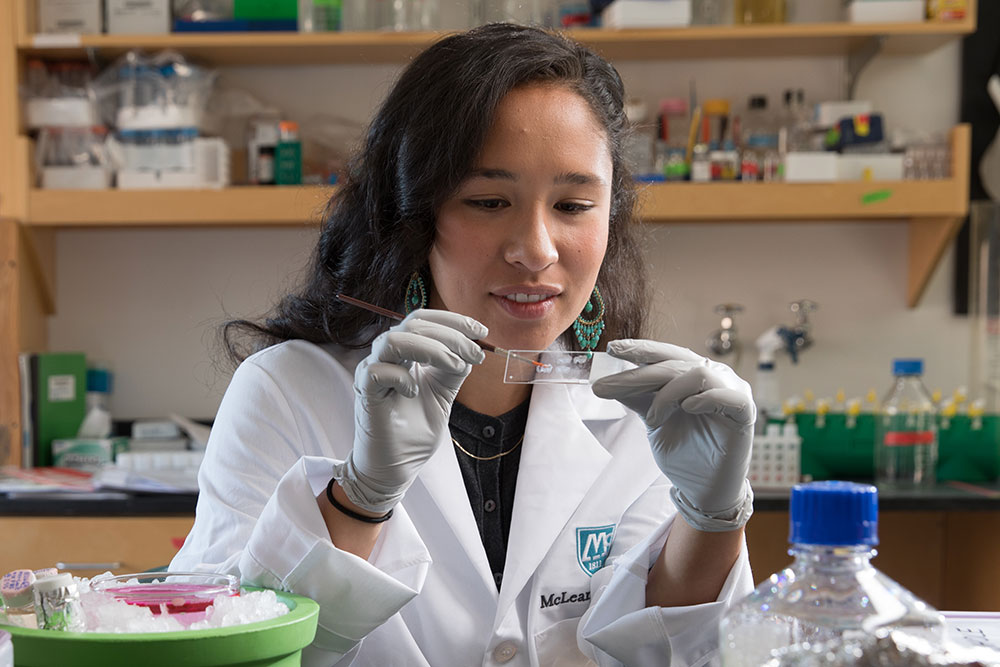 According to Sonntag and Cohen, it has been less clear what changes in bioenergetics are underlying and which are a consequence of aging and illness.

In their study, Sonntag and Cohen analyzed the bioenergetic profiles of skin fibroblasts from LOAD patients and healthy controls, as a function of age and disease. The scientists looked at the two main components that produce energy in cells: glycolysis, which is the mechanism to convert glucose into fuel molecules for consumption by mitochondria, and burning of these fuels in the mitochondria, which use oxygen in a process called oxidative phosphorylation or mitochondrial respiration. The investigators found that LOAD cells exhibited impaired mitochondrial metabolism, with a reduction in molecules that are important in energy production, including nicotinamide adenine dinucleotide (NAD). LOAD fibroblasts also demonstrated a shift in energy production to glycolysis, despite an inability to increase glucose uptake in response to the insulin analog IGF-1. Both the abnormal mitochondrial metabolism and the increase of glycolysis in LOAD cells were disease- and not age-specific, while diminished glucose uptake and the inability to respond to IGF-1 was a feature of both age and disease.

“The observation that LOAD fibroblasts had a deficiency in the mitochondrial metabolic potential and an increase in the glycolytic activity to maintain energy supply is indicative of failing mitochondria and fits with current knowledge that aging cells increasingly experience oxidative stress that impairs their mitochondrial energy production,” said Sonntag.

Cohen added that because the brain’s nerve cells rely almost entirely on mitochondria-derived energy, failure of mitochondrial function, while seen throughout the body, might be particularly detrimental in the brain.

The study’s results link to findings from other studies that decreasing energy-related molecules (and specifically NAD) are features of normal aging by suggesting that abnormalities in processes involving these molecules may also be a factor in neurodegenerative diseases like LOAD. Whether modulating these compounds could slow the aging process and prevent or delay the onset of LOAD is unknown. However, several clinical trials are currently under way to test this possibility. Other changes are unique to AD, and these, too, may be targets for intervention.

While these findings are significant, the paper’s authors emphasize that the pathogenesis of LOAD is multifactorial, with bioenergetics being one part of risk determination and note that the skin fibroblasts studied are not the primary cell type that is affected in LOAD.

“However, because bioenergetics changes are body-wide, observations made in fibroblasts may also be relevant to brain cells,” said Sonntag. “In fact, metabolic changes like diminished glucose uptake and insulin/IGF-1 resistance may underlie the association between various disorders of aging, such as type 2 diabetes and AD.”

Sonntag and Cohen are already in the midst of follow-up work aiming to study these bioenergetics features in brain nerve cells and astrocytes generated from LOAD patient-derived induced pluripotent stem cells, as an aging and disease model in the dish. It is the group’s hope that findings from these studies will reveal further insight into the role of bioenergetics in LOAD pathogenesis and novel targets for intervention—both prevention and treatment.