Depression Treatment Is ‘A Miracle’ For One Patient

Martha Keith leans back in what looks like a dentist chair as Heather Gallagher, RN, takes scalp measurements to pinpoint exactly where electric pulses will be aimed. Gallagher then brings a nearby machine’s electromagnetic coil next to Keith’s head and turns on the device. Keith closes her eyes and relaxes as the machine makes quiet clicking sounds. Oscar Morales, MD, Keith’s doctor, comes into the room several times to check on her. Half an hour later, the session is over.

The treatment is called transcranial magnetic stimulation (TMS). Keith, who has suffered from clinical depression for about 15 years, says it’s been a “miracle” for her. The coil touching her head creates painless electric currents that stimulate nerve cells in the left prefrontal cortex of the brain, the region of the brain involved in mood control and depression. A typical treatment course is 20 visits over a month-long period, with booster sessions scheduled as needed. 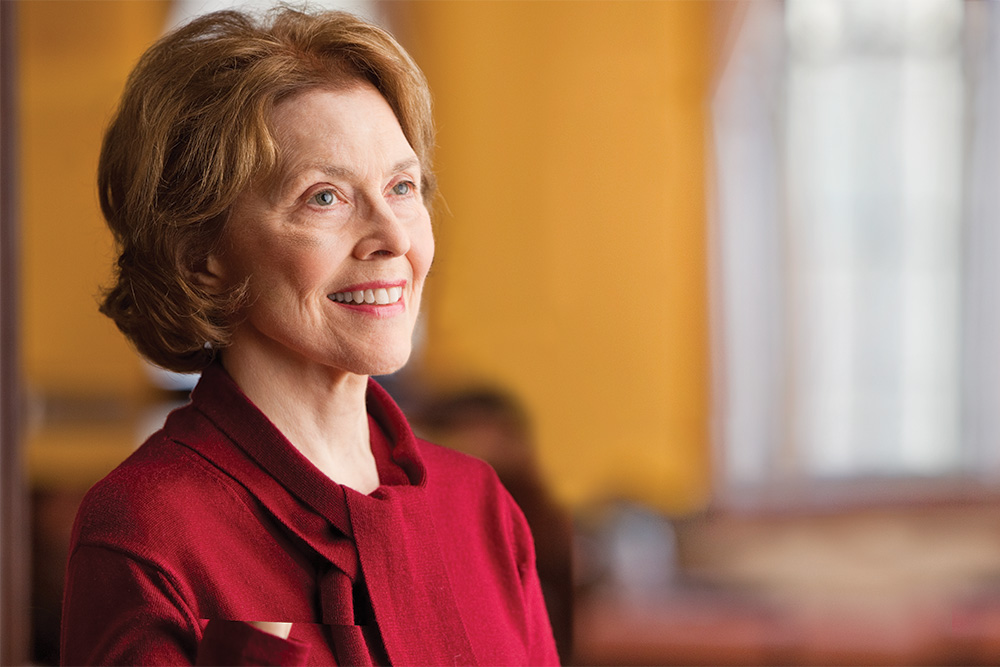 Keith, a 74-year-old grandmother of three, is one of the estimated 20 to 40% of patients with major depression who do not respond to antidepressants or psychotherapy. The best candidates for TMS are people like her, whose depression does not lift with more conventional treatments. “For years, I went from doctor to doctor and was prescribed different medications and psychotherapy, but nothing worked,” says Keith.

Finally, in 2007, her psychiatrist suggested she travel to Canada to try TMS, which hadn’t been approved yet for use in the United States. “When I came home, the people in my life said I looked better, my face was more open, I was moving more and my voice was stronger,” says Keith, whose depression manifested itself through physical exhaustion and feelings of being overwhelmed. “There had been a point in my life when I was bedridden with major depression and couldn’t get to the bathroom without holding on to a wall. TMS brought me back to life.”

“We are entering a phase of psychiatric treatment in which patients have more options that are effective and can be tolerated,” says Morales, director of McLean’s TMS Service. “Tolerance is as critical as effectiveness.”

Many patients liken the sensation of the magnetic current to a light pecking on their head—initially, a bit uncomfortable, but less disagreeable as treatment progresses. Keith says that one important benefit of having her depression lift is that she is motivated to exercise regularly, which, in turn, helps stave off future bouts of depression as well as control the symptoms of her Parkinson’s disease.

Although developed 25 years ago, TMS only received U.S. Food and Drug Administration approval in 2008. McLean has offered TMS since September 2009. The number of patients treated at McLean continues to grow given the effectiveness of this cutting-edge treatment.