Alexander Spier wanted to leave the world a better place than he found it. As a philanthropist, he gave generously, and despite his wealth, he lived simply. Now his family foundation is funding a first-of-its-kind study investigating the use of cannabis in quelling anxiety and agitation in patients with dementia.

The study’s genesis is Spiers’s own experience at the end of his life.

A member of the Dutch underground and survivor of two concentration camps, Spier immigrated to Massachusetts in 1945 and had careers as a watchmaker, jewelry store owner, builder, developer, and philanthropist. In the final years of his life, he suffered from dementia and became severely agitated. Though he seldom spoke of his experiences to his family, Spier began having traumatic flashbacks to his time in the death camps during the Holocaust.

Medications were ineffective, and Spier’s suffering was heartbreaking for his family to watch. Hoping to find ways to alleviate the distress Alex was experiencing, his son Greg and daughter-in-law Kathy decided to try cannabis gummies they’d gotten from a relative in Colorado. The results were dramatic and positive. “It helped him sleep and calmed him down when he became aggressive. It was such an incredible relief for him,” said Kathy.

Meanwhile, the Spiers had become acquainted with Brent P. Forester, MD, MSc, chief of McLean’s Division of Geriatric Psychiatry, through their mutual interest in Alzheimer’s disease. After learning of the gummy bears’ efficacy, Forester was intrigued. Perhaps the elder Spier’s experience could be replicated in a study.

Forester tapped McLean colleague Staci Gruber, PhD, one of the foremost cannabis researchers in the country, to co-lead the study. The Spiers agreed to underwrite the research, which is pending approval from government entities and McLean’s Institutional Review Board before it can begin enrolling patients. “This research is so important because the U.S. Food and Drug Administration has never approved a single compound to treat any of the behavioral symptoms of Alzheimer’s disease—such as psychosis, aggression, agitation, and anxiety,” said Forester.

Medical marijuana is now legal in 30 states and Washington, DC. The 10-week study will look at the effects of a cannabis-derived solution that Gruber spent years developing for another study—one that looks at its effects on anxiety disorders in adults. “So far, results are rather striking and extremely promising for those suffering with anxiety,” reported Gruber. The product has very little THC, the psychoactive ingredient responsible for cannabis’s “high”, but is high in cannabidiol (CBD), a non-intoxicating component of cannabis.

The solution will be administered to 12 patients with mild to moderate Alzheimer’s who suffer from anxiety and agitation—common symptoms of the disease and the source of much of the disease’s burden. “Agitation and anxiety are the symptoms that cause people to lose their independence and end up in long-term care facilities sooner,” explained Forester. “They’re also often responsible for loved ones and caregivers becoming overwhelmed and burning out more quickly.”

Using gold-standard scales, researchers will measure whether the CBD product lessens the frequency and severity of both symptoms. If the product causes side effects like delirium, which is common in Alzheimer’s patients, the amount administered will be reduced or the patient will be pulled from the study. The research could lead to a larger investigation with federal funding if results are promising.

Federal research dollars for Alzheimer’s have increased in recent years in recognition of the dramatic rise in cases expected in coming decades. Currently about 6 million people suffer from Alzheimer’s, and that number is expected to more than double in the next 30 years. Forester considers Alzheimer’s to be the next major public health crisis.

According to Forester, the Spiers have been invaluable collaborators in the study’s design, thanks to their personal interest in the research and their experience caring for a loved one with Alzheimer’s. In turn, the Spiers said they are pleased with the partnership. “We’ve been blown away by the enthusiasm of the entire research team,” said Greg Spier. “My father taught us that as stewards of philanthropy, we want to make sure we get good return on our investments. That’s why we feel so great about McLean.” 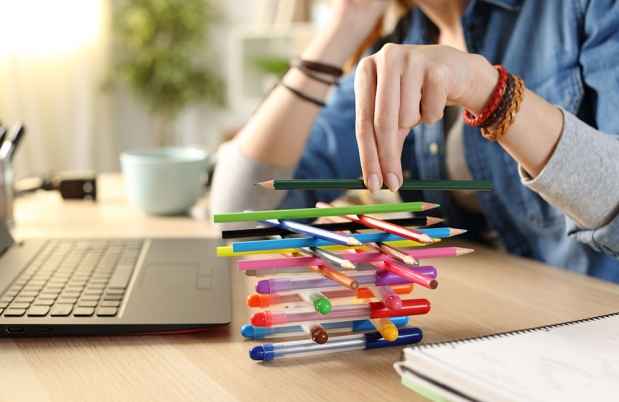 Why You Put Things Off Until the Last Minute