How a Handbag Motivated One Patient to Confront His OCD

After a huge fight with my last two remaining friends, their response didn’t surprise me. Yes, they were very hurt, but also relieved. They were tired of coping with the ever-worsening condition. They were worn down by my vacillating between anger and desperation. They had grown tired of altering their plans and time for my sake, or rather for the sake of my obsessive compulsive disorder (OCD). At this stage, my OCD was fully in the driver’s seat and I was being dragged along. I had no control and was lashing out at my family and friends more than ever. I was screaming at the people dearest to me, using malicious words that all contained the same hidden plea—help me!

Of course they couldn’t have known that. I had taxed their patience and sympathy. I was pushing them away, so how could they not take some steps back if not walk away altogether? Like so many others in my life who had to deal with my worsening OCD, and me these last two friends who had stuck by me, albeit at arm’s length, were tired and needed reprieve. My latest moment of vitriol afforded them that. They were done, but I was - completely tired of myself as well. I wanted to be done.

When I had my latest trigger at work, there was no one left to turn to. This latest trigger was a handbag. It wasn’t a weapon or any sort of threat. Yet it was a handbag, which evoked such intense fear that it froze me physically, while my mind raced uncontrollably.

My boss casually plopped down her handbag on my desk after entering my office, and the moment I locked eyes on it something in my brain clicked and I was terrified. I started riffling through the mental log I kept to figure out why this handbag meant danger. After a few seconds, the memory produced itself. 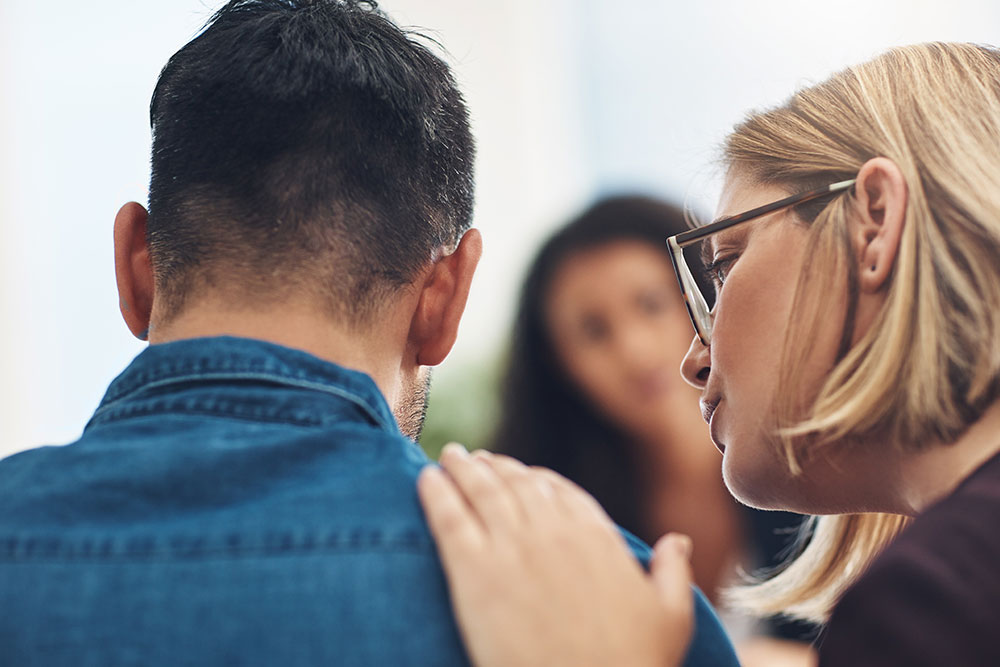 It was the handbag my boss took to an AIDS charity event about seven months prior. The day of that charity event I logged everything my boss wore so were I ever to see those items again, I would know to avoid them like the plague as they were “contaminated.” Why would they be contaminated you might ask? Simply because she wore those items to an AIDS event. See, to me it was likely that people in the organization hosting the event had some contact with people who may have had contact with some people, who had some contact with persons dealing directly with AIDS, in some capacity. If she were to wear the same items she wore to the AIDS charity event again in the future, any new items those now contaminated clothes came into contact with, would also become contaminated. The degrees of separation from an actual person with HIV or AIDS to anyone at the event didn’t matter. The permutations for cross-contamination were often a web that spread widely and rapidly. My mind would turn even an iota of association into the effective equivalent of contact. Heck, my mind was able to turn a handbag into the equivalent of bio-hazardous waste that could contaminate me with HIV or AIDS. A handbag!

The day of the AIDS charity event, I was stressed about how I would be able to interact with my boss again after the event. I actually contemplated the pros and cons of quitting my job of more than two years. Doing such calculations was a necessity and a constant. Even when tending to tasks at hand such as writing an email or talking to another person, I was simultaneously doing calculations in my head to determine my next move. It was important to do mental calculations simultaneous to whatever task I was doing without any pause. Stopping everything I did or “freezing” while I engaged in mental calculations would appear odd. Therefore, I had to be seamless and not interrupt my actions. The appearance of normalcy was paramount.

But things were far from normal. The amount Clorox sanitary wipes I used on my desk that night when all my colleagues had left the office, and the many important items that were on my desk which I dumped in the trash, were among the indications I was living far from normal. I wasn’t even really living. I was struggling to cope in a painful, anguished, guilt-laden, hateful and fearful existence and I was just so tired. It wasn’t long after that day that I mailed my application to McLean Hospital’s OCDI.

Cut to several weeks after I left the OCDI after receiving treatment, when I decided to visit my now former boss. And as soon as I walked in her office, I noticed it—the handbag. I almost couldn’t believe it. Was it a test, or a sign, or….what? I wasn’t sure. I just knew the irony made me smile. I noticed it was actually a rather stylish handbag. I was noticing the details on it and noticing that I was noticing them. I asked my boss about the handbag. I wanted to talk about it. That made me smile as well. It turned out it was a very expensive handbag. I know because I later bought my mom the same one for Mother’s Day. It cost me a lot, but she really loved it. And that makes it ok, because peace of mind is priceless.

Deconstructing Stigma: Remember to Live in the Moment
More News