Scientists at McLean Hospital are gaining more insight into the causes of mental illness, neuropsychiatric disorders, and neurodevelopmental disorders by using cutting-edge approaches and technology to manipulate pathways and circuits in the brains of animals that produce behaviors similar to humans.

“McLean is at the forefront of building new treatments and interventions based on our improved biological understanding of the brain. We believe that approaches targeting underlying molecules, cells, circuits, and behavior can be successfully translated more rapidly into clinical care,” said Kerry J. Ressler, MD, PhD, McLean’s chief scientific officer and the chief of the Division of Depression and Anxiety Disorders.

Also the director of the Neurobiology of Fear Laboratory, Ressler’s work focuses on translational research bridging molecular neurobiology in animal models with human genetic research in emotion, particularly fear and anxiety disorders. For example, an important observation made in recent years suggests that trauma exposure in the past is associated with increased risk for the onset of post-traumatic stress disorder (PTSD).

“New treatment approaches based on our discoveries may inhibit the emotional component of fear memory consolidation without affecting the explicit memory formation,” noted Ressler. “What’s exciting is that such an approach could prevent the severe emotional reactions that could lead to later development of PTSD.” 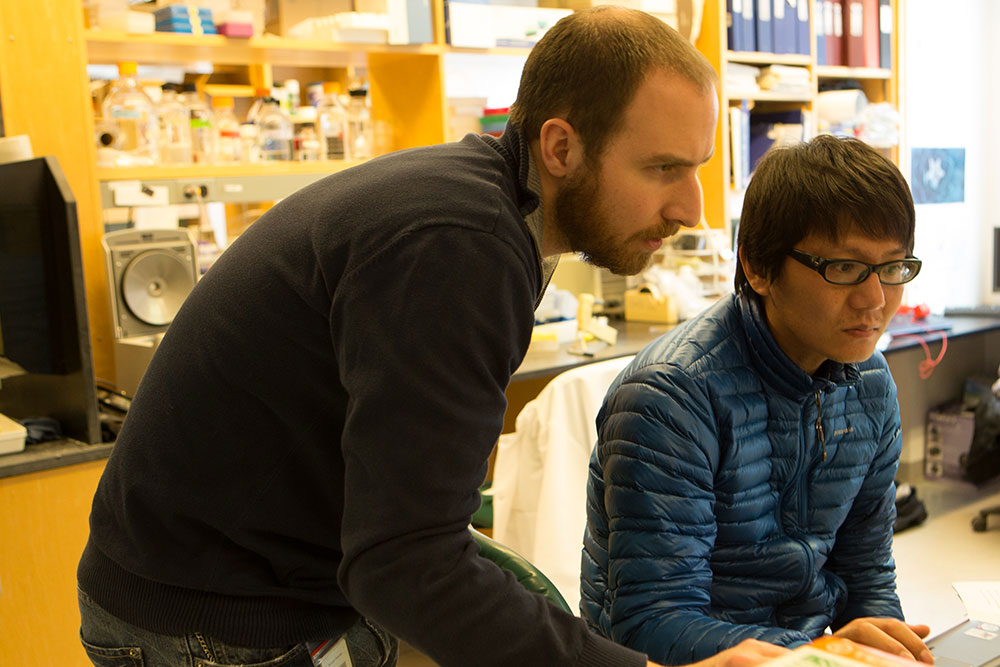 William Carlezon, PhD, chief of McLean’s Jerry and Phyllis Rappaport Center of Excellence in Basic Neuroscience Research and the director of the Behavioral Genetics Laboratory, pointed out that putting more emphasis on how the brain works rather than studying how drugs work has led to major breakthroughs in our comprehension of psychiatric illness.

“We now have a better understanding of how experience affects the brain, being able to see how the brain of an animal that has been exposed to stress differs from that of one that has not,” said Carlezon. “This approach provides an idea of what’s actually wrong in the brain, allowing us to then work on developing fixes for the condition. Eventually, we want to be able to focus our research on preventing these illnesses altogether.”

Carlezon’s laboratory, which focuses on the neurobiology of depression and addiction, was the first to report that a class of drugs called kappa-opioid receptor (KOR) antagonists has antidepressant, anti-anxiety, and anti-stress effects in behavioral tests. This discovery, which has now been confirmed and extended by his lab and many others, led to the filing of a patent and advanced clinical trials. Being able to put this knowledge to use, said Carlezon, is one example of the translational research being done at McLean that he hopes will someday have a worldwide impact in treating mental illness.

Just down the hall from Carlezon, Christopher Cowan, PhD, directs the Integrative Neurobiology Laboratory, which is focused on understanding neuropsychiatric and neurodevelopmental disorders such as autism, drug addiction, and mood disorders. This lab uses cutting-edge approaches to study the genes and neurons that underlie mental illness-associated behaviors.

“Scientists are also increasingly looking at how environment and early life experiences play a role in mental illness,” said Cowan, “While genetics can contribute to the risk of developing a disorder, so can epigenetics, which is another form of cell biology that regulates a gene by modifying the surrounding genomic landscape and making those genes more or less active. These epigenetic changes can be long-lasting, and in some cases, passed on to the individual’s offspring.”

“Our findings and the progress in our understanding of the brain is leading to increased optimism in the field,” said Ressler.