Each year, McLean Hospital faculty members are recognized by national and international psychiatric organizations for their work to improve the lives of people and families affected by mental illness. Below are just two of McLean’s stars who made an especially noteworthy impact in 2016.

Last summer, McLean’s director of Clinical Business Development and director of Psychiatric Emergency Services, Christine Tebaldi, RN, MS, PMHNP-BC, was elected to the board of directors of the American Psychiatric Nurses Association (APNA). A longtime APNA member, Tebaldi has served in a number of roles within the organization, including co-chairing the Institute for Mental Health Advocacy, working to update the Scope and Standards of Psychiatric-Mental Health Nursing, and sitting on the American Nurses Credentialing Center Interprofessional Disaster Certification Advisory Panel.

Now, as one of APNA’s “thought leaders,” she is excited to participate in the advancement of a number of important issues nationally, including increased access to substance use disorder services especially those to address the opioid epidemic, inpatient safety, recovery-oriented practice, and improved patient and family engagement. She hopes that the work she does “contributes to educating the profession of psychiatry at large, as well as health care in general, and the patients and families we serve.”

Tebaldi also plans to bring new ideas and improved leadership skills back to McLean, where she is involved in program development and strategic planning and implementation. “This is a learning opportunity for me, and the more exposure I have to health care innovation and organizational growth strategies, the better I can serve McLean,” she said.

Last year, McLean’s chief scientific officer and James and Patricia Poitras Chair in Psychiatry, Kerry J. Ressler, MD, PhD, took on another important role in furthering the study of mental illness: president of the Society for Biological Psychiatry (SOBP). According to Ressler, the SOBP is the largest professional organization focused exclusively on understanding the biological basis of psychiatric disorders.

As its leader, Ressler hopes “to continue the important and exciting work of the society helping to advance the integration, advancement, and promulgation of science relevant to psychiatric disorders, with the ultimate goal of reducing or preventing the distress of those with these disorders.”

Ressler has been busy in his new role. Last year, he began to oversee the organization’s executive council, and he represented SOBP across the country and around the world to set strategic planning for the group. In 2017, he will lead SOBP’s annual meeting, to be held in San Diego, and focus on the organization’s educational initiatives, which will “help young investigators obtain mentorship and support in their career development.” In addition, Ressler will be involved in SOBP’s expanded outreach efforts, including residency training initiatives, communication strategies, and national and international collaborative efforts.

Ressler believes his role as SOBP president “raises the awareness of McLean Hospital as a research leader in biological psychiatry and neuroscience.” His position also helps him stay up to date on research activities nationally, which enables him “to be of greater support to McLean investigators’ efforts in science, funding, and networking opportunities.” 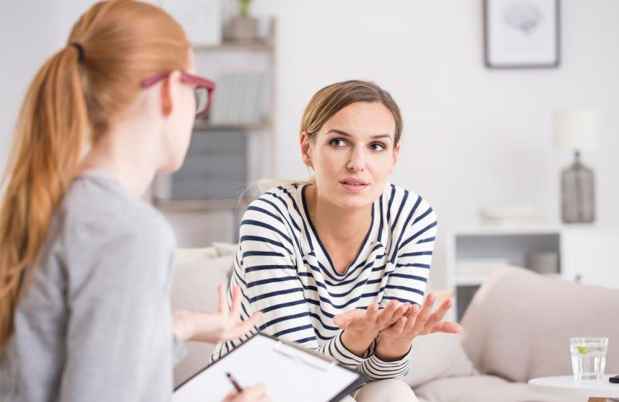 Emotions – They’re Not Just for Humans