McLean Hospital’s Deconstructing Stigma team traveled to Maine this month to formally launch its partnership with the Maine Department of Corrections (MEDOC) to address mental health needs among inmates and corrections staff. McLean aims to help the MEDOC increase accessibility to and strengthen their mental health services through a curriculum that includes consultations, specialized education resources, and the use of storytelling to help break down barriers to getting care.

“The work being done with the Maine Department of Corrections is extremely gratifying—work that I think the entire McLean community can take pride in,” said Adriana Bobinchock, senior director of Public Affairs and co-founder of Deconstructing Stigma. “Through our efforts, and thanks to our wonderful clinical partners from the Belmont, Massachusetts, and Camden, Maine campuses, we are providing access to much-needed resources that would not typically be available to prison staff or inmates.”

The launch event also included the presentation of several new Deconstructing Stigma participant stories featuring MSP staff, including the story of MEDOC Commissioner Randall Liberty, who has also been a guest on our Mindful Things podcast. These MSP staff have bravely shared their own experiences with mental illness, hoping their Deconstructing Stigma narratives will help break down the stigma surrounding mental health and encourage their colleagues to seek help instead of struggling in silence.

Fruzzetti is the program director of McLean’s 3East Boys Intensive Program, which specializes in caring for teens and young adults with anxiety, depression, and post-traumatic stress disorder (PTSD), while Scanlon has worked extensively with inmates and corrections staff at the Middlesex Jail and House of Correction in Billerica, Massachusetts. Milliken, who specializes in substance use treatment, is the program director at one of McLean’s Signature Addiction Recovery Programs, Borden Cottage, a residential addiction treatment facility in Camden, Maine, and Davis, the clinical team manager at Borden Cottage, has done casework at a correctional facility in western Massachusetts and specializes in substance use treatment.

Each clinical expert spent several hours answering questions from MSP staff, providing real-time guidance about peer support and teaching coping exercises. While a wide variety of topics were covered, much of the discussion was focused on post-traumatic stress disorder (PTSD), a common concern among corrections officers and other first responders. It is estimated that more than 19% of prison staff nationwide struggle with PTSD, and their suicide risk is 39% higher than for all other professions combined.

MEDOC Deputy Commissioner Ryan Thornell, PhD, said that this partnership is part of a developing “a more comprehensive wellness approach” for staff and inmates that is more proactive than reactive. Thornell noted that while the partnership is in its infancy, and the launch event was just a first step, he was heartened by the response of the officers.

“The response yesterday was more than any of us predicted,” he said. “We saw people open up and talk.”

Meeting the Needs of Offenders at the Women’s Center

At the Women’s Center in Windham, Maine, the McLean partnership kicked off by focusing on addressing the mental health needs of the offender. Knowing that certain stories from the Deconstructing Stigma campaign would resonate with those housed at the Women’s Center, McLean revealed a campaign installation on March 6 that covers an entire wall at the facility. The stories featured include those about mental health topics known to be most relevant to the center’s population.

To coincide with the installation, most of the offender population attended a panel discussion featuring Scott J. O’Brien, co-founder of McLean Hospital’s Deconstructing Stigma campaign, and facilitated by Amanda Woolford, director of Women’s Services at the Women’s Center. O’Brien discussed the history and mission of the Deconstructing Stigma campaign and emphasized McLean Hospital’s commitment to helping address the mental health education needs of everyone, regardless of who they are.

Nearly 90% of the women incarcerated at the Women’s Center have experienced trauma during their lifetime. To deal with the mental illness that often follows trauma, said Woolford, women turn to self-medication, which leads to crime, such as “robbery, burglary, theft of services, whatever the case may be, to support that habit.”

Woolford said that while this profound need for mental health support is commonly accompanied by a desire to get help, these female inmates often don’t know how to seek it. She hopes that the partnership with Deconstructing Stigma will help remove the hurdles to seeking help and broaden opportunities for getting help. This aligns with the MEDOC’s goal—to rehabilitate, not incarcerate.

“The first thing you are is not a criminal,” said Woolford, referencing the Women’s Center message to inmates. “The first thing you are is a survivor or a victim of these things. Life just snowballs, and sometimes it gets out of control. And if you’re just one person trying to navigate day to day and not have help or not have resources, or not have access to insurance or medication management, doing this on your own is almost impossible.” 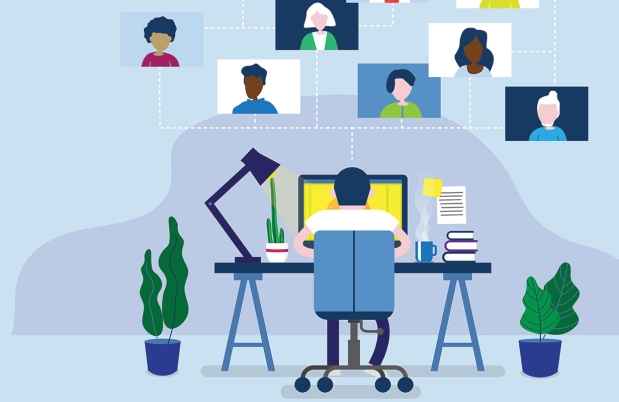 Learning in Your Living Room