They are musicians and librarians, fashion designers and fitness instructors, actors, athletes and artists. They are sisters and wives, brothers and fathers, from New England and around the nation. What do they have in common? All have been affected by mental illness and its stigma, and are brought together in a beautiful and compelling new photographic exhibit debuting Friday, December 9 at Logan International Airport in Boston.

The exhibit is part of a national public awareness campaign sponsored by McLean Hospital, in collaboration with Logan Airport and several mental health advocacy groups, with the goal of changing the way mental illness is perceived.

Deconstructing Stigma: A Change in Thought Can Change a Life features dramatic, larger-than-life photographs of courageous people who have shared their stories with the hope of changing how people with psychiatric illness are viewed.

“Shame and stigma are still far too prevalent when it comes to psychiatric disease and can contribute to the fear and isolation many people feel. Deconstructing Stigma is an unprecedented effort to spark conversation about behavioral and mental health,” said Scott L. Rauch, MD, president and psychiatrist in chief.

Sean Shinnock has lived with obsessive compulsive disorder since his teens and was the first person to volunteer for the campaign.

“I want to help others who struggle with mental illness know that they are not alone,” said Sean, now 36. “I still struggle some days, but I am confident enough, hopeful enough, inspired enough, and motivated enough to be a part of this life.”

Also lending his voice to the campaign—literally—is Darryl “DMC” McDaniels, the founding member of the legendary hip hop group Run-DMC. Although he seemed to have everything a person could want, what the public couldn’t see was that depression and alcohol misuse were destroying his spirit and his body.

“I had everything—I was the King of Rock—we were touring, making money, and everyone knew who we were. But I didn’t feel right and not a day passed that I didn’t think about suicide,” Darryl said.

Today, Darryl, 52, is back in the recording studio, has a best-selling book about his experience with mental illness, and has become a vocal mental health advocate.

Blending celebrities, such as DMC and Howie Mandel, with everyday people is a key component to the campaign because mental illness does not affect only one demographic or group. In fact, one in five Americans will be diagnosed with a mental illness this year.

Despite the concerns about being labeled and risking further stigma, the volunteers in this project are sharing their stories of hope and resilience so that the public can have an opportunity to “walk in their shoes” and perhaps step away with a different view of what it’s like to have a mental illness.

“Each person associated with this project is determined to make a difference in the lives of other people affected by mental illness,” said Adriana Bobinchock, senior director of Public Affairs and Communications. “After 249 hours of photography sessions and 25,000 written words, we feel we’ve created a campaign that is meaningful and impactful, and one that has the potential to change someone’s life.”

For Jamie Lenis, a mother of two, the experience of working on the Deconstructing Stigma campaign has already made a difference in her life.

“My participation has allowed me to fully accept myself, my struggles, my triumphs, however small, without a hint of shame anymore,” said Jamie. “For the first time, I feel truly empowered and free. I’m not free of depression or anxiety—not wholly—but I’ve shed their damp blanket. I’m completely open to sharing with others in the hopes that my story can help in any way.”

With the initial physical installation at Logan Airport in a 235-foot gallery between Terminals B and C, and an accompanying website deconstructingstigma.org, and 112-page coffee table book, the Deconstructing Stigma campaign is expected to reach several million people in 2017. Plans are already underway to install similar exhibits at other airports.

In addition to partnering with Logan Airport, McLean Hospital collaborated with the American Foundation for Suicide Prevention, the International OCD Foundation, Massachusetts Association for Mental Health, the National Alliance on Mental Illness, and PROJECT 375 to develop the campaign.

Beginning Dec. 9, be sure to check the McLean Facebook and Twitter feeds often for the latest updates on the campaign. #endstigma 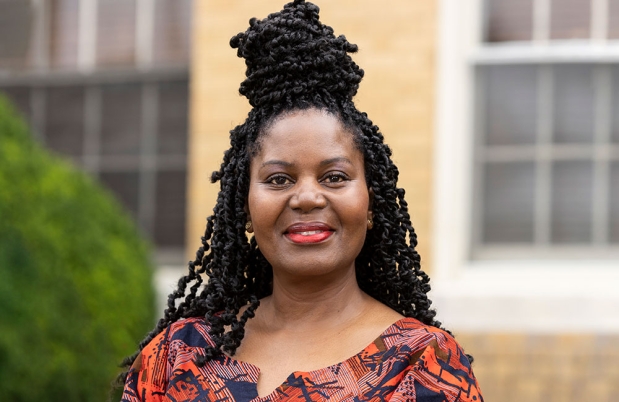