Eliminating the stigma associated with mental illness, which often leads to prejudice and discrimination from society, family members, friends, and employers, is a cornerstone of McLean’s mission. The hospital’s recent social media campaign made great strides in combating stigma by educating the public, engaging individuals in conversation, and advocating on behalf of individuals and families affected by psychiatric illness.

McLean’s Mental Health Superhero campaign, which ran from October 31 until November 20, 2015, engaged the public via Facebook and Twitter, asking them to answer the question ‘How are you a mental health superhero?’ Sharing photos of real life mental health superheroes along with their stories, and using the hashtag ‘MHSuperhero’ to create social media buzz, McLean’s posts reached an impressive audience of nearly 100,000 people per week. 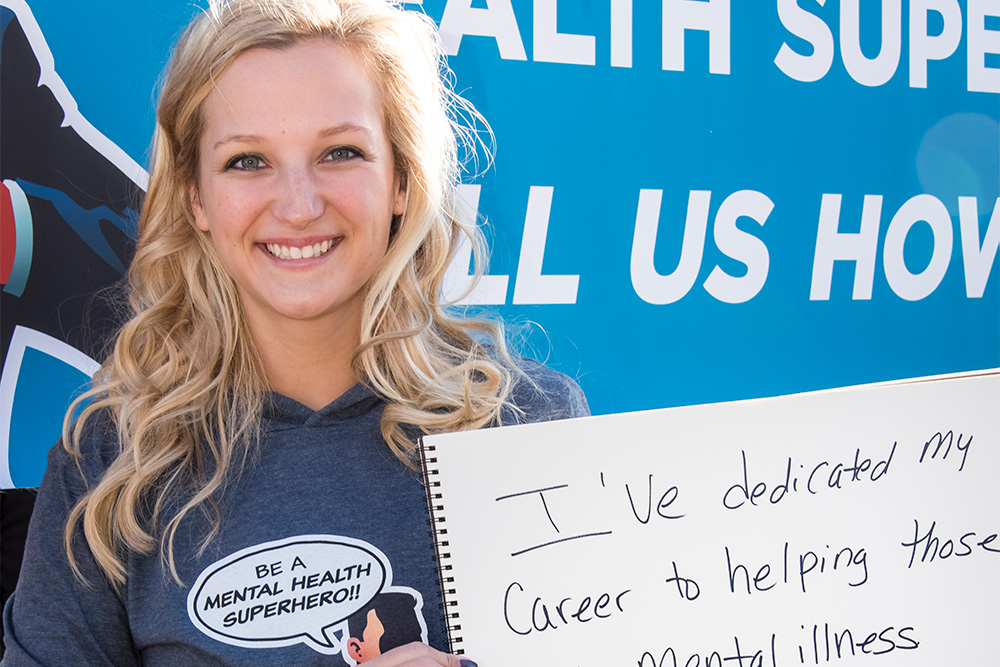 “Social media is helping to amplify our advocacy efforts by allowing us to reach more people, in more places, in more creative ways, and more quickly than ever before,” explained Director of Public A airs and Communications Adriana Bobinchock. “The success of this campaign hinged on the willingness of others to freely share their own experiences with mental illness towards the goal of reducing stigma. By taking a risk and sharing their stories, everyone who participated in our campaign has paved the way for others to feel more comfortable starting a conversation about their own mental health struggles. Hopefully we’ve shown that stigma should never stand in the way of people asking for help or seeking the treatment that they need.”