An estimated 20% of all patients presenting with non-cancer related pain at a physician’s office are prescribed opioids, but which of these patients, especially those who use the medicine long-term to control chronic pain, are likely to become addicted? Understanding the characteristics of such patients could arm doctors with important insight that could change the face of today’s opioid epidemic.

“We know the number of people who take prescription opioids and then turn to heroin is on the rise,” said R. Kathryn McHugh, PhD, assistant professor of psychology in the Department of Psychiatry at Harvard Medical School and an associate psychologist with the Division of Alcohol, Drugs, and Addiction at McLean Hospital. “Our research asks ‘can we predict which patients will progress to misuse of opioids before it happens?’ and if so, what can we do to prevent that from happening.”

Dr. McHugh said one factor appears to be a person’s ability to manage his or her own emotions.

In a recent study in The Journal of Pain, Dr. McHugh and colleagues looked at 51 people who were receiving opioid treatment for chronic pain. Participants were, on average, 50 years old. Researchers looked at medical records and examined subjects for pain sensitivity. They also tested their tolerance of their own emotions—did the subjects feel they could handle emotions such as anger or anxiety? 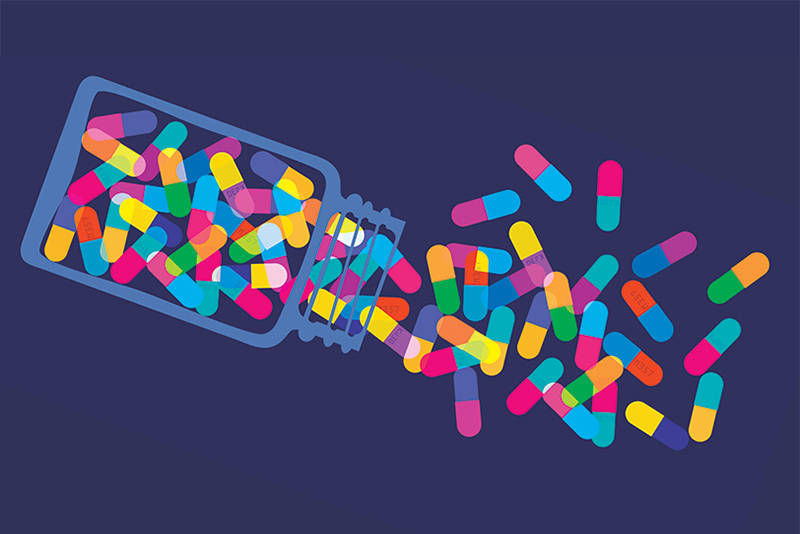 “What we found was that those who were misusing their medication, for instance, by taking more than prescribed, had much less tolerance of their own distress,” said Dr. McHugh.

“When they can’t handle how they are feeling, they just want to make it go away, so they are more likely to take an extra pill.” Neither the level of the participant’s pain nor the severity of their depression or anxiety mattered as much as their ability to tolerate distress, said Dr. McHugh.

Findings of another study, presented in June at the annual meeting of the College on Problems of Drug Dependence, suggest a patient’s ability to delay gratification—or hold off getting a reward in order to get a larger reward in the future—also may play a role in opioid misuse.

The study involved 139 participants who were in treatment for opioid use disorder and used prescription painkillers or heroin. Although some of these participants had been prescribed opioids for pain, many first started using opioids by getting them from friends or family.

“People who are more susceptible to a substance use disorder are more impulsive and less likely to delay gratification,” said Dr. McHugh. This impulsivity makes people more likely to engage in behaviors, even when they know they are risky.

There were also differences depending upon the type of drug that was misused. The research found heroin users were much more impulsive and less likely to be restrained in seeking gratification than those who misused opioid pills.

While more research in this area is needed, studies like Dr. McHugh’s could eventually lead to the development of screening tools to help clinicians identify those at higher risk.

“Some studies suggest as much as 30-40% of people who are taking opioids for chronic pain will eventually misuse their medications,” she said. “Clinicians need all the tools they can get to predict which subset of patients will do well and which will not.”

A Vaccine To Prevent Fentanyl Overdose Is in Development, Researchers Hope for Harm Reduction