The Pavilion Sets Patients on the Path to Recovery

Jill Lenhardt, 38, had never experienced any psychiatric issues until her eldest son was born. At that point, “I was on a high; what I describe as semi-manic,” recounts Lenhardt, the mother of three boys under age 10. “This phase would last for several months, then I would crash.” After her second son’s birth in 2003, she sought help first from a psychotherapist and then a psychopharmacologist.

One of Lenhardt’s crashes eventually brought her to The Pavilion at McLean, an eight-bed, private-pay residential treatment program for patients in need of comprehensive psychiatric evaluation and treatment. In 2007, she began a two-week stay, receiving a “soup-to-nuts evaluation,” as she describes it. “They did a psychopharmacological evaluation, a sleep study, an MRI, an EKG, a physical, and more. The Pavilion staff left no stone unturned.” 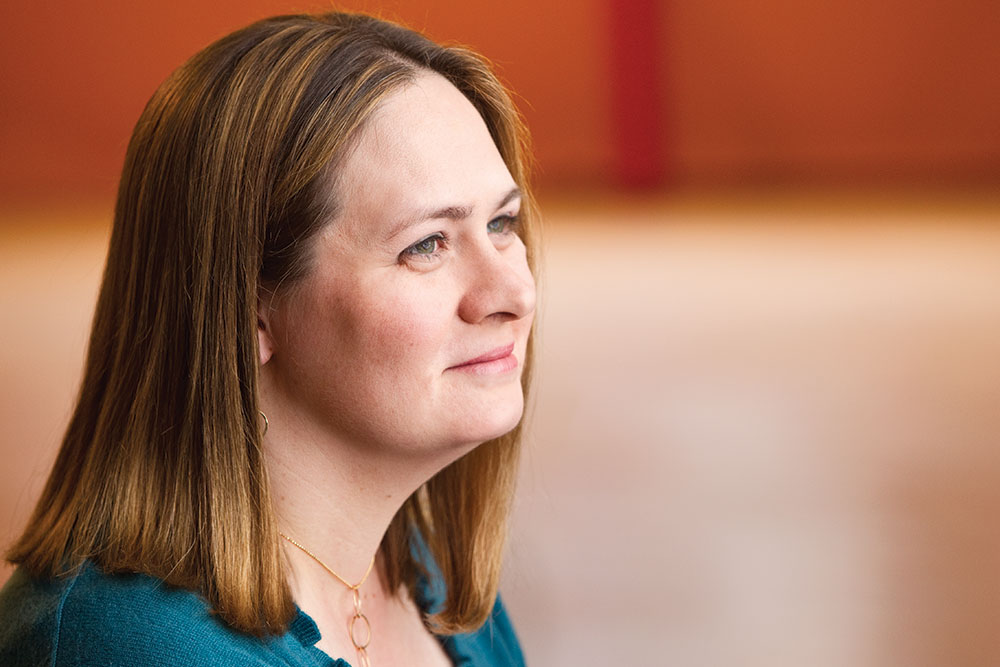 This type of extensive, expert work-up has led to relief and improvement for hundreds of patients who, prior to coming to The Pavilion, struggled for years with symptoms because their illnesses were not accurately diagnosed. “We don’t just focus on patients’ narrowly defined psychiatric conditions; we look at contributing medical and neurological problems, as well as lifestyle, family, and relationship issues,” says program director Mark Robart, LICSW, who helped launch the program in 1999. “We consider a wide range of domains in order to develop a comprehensive understanding of who each patient is and the kind of treatment needed to reach optimal functioning.”

The Pavilion staff, armed with a clear understanding of Lenhardt’s needs and challenges, helped assemble a multidisciplinary group of caregivers, including a psychopharmacologist, a psychotherapist, and a skills therapist. The team has helped Lenhardt better manage stress and reframe distorted thoughts that had previously led to anxiety or depression.

The Pavilion ensured that Lenhardt’s treatment was well coordinated. “That’s the power of The Pavilion. You have a wonderful team of experts who collaborate. I still feel supported 24/7,” she says, “even though I’m no longer there.”

Paying It Forward Through a Paycheck
More News