Running Against Stigma, Not Away From It

On April 17, 2017, suicide survivor Ana Febres-Cordero and her father Rafael ran the Boston Marathon to support public awareness and outreach programs focused on eliminating the stigma surrounding mental illness. Ana was inspired to partner with McLean Hospital to develop Deconstructing Stigma: Ana’s Marathon Fund because of a shared mission to eliminate the obstacles that discourage too many people from seeking mental health care and to educate friends, families, and neighbors of those with mental illness about what they can do to help support recovery.

Along with running to raise awareness, Ana is also participating in McLean’s Deconstructing Stigma: A Change in Thought Can Change a Life national public awareness campaign. Deconstructing Stigma currently includes a 235-foot-long physical installation at Boston Logan International Airport featuring a series of larger-than-life photographs of people who have been affected by mental illness and a website with compelling stories told through the eyes of the campaign’s participants.

“The stigma around mental illness is so prominent that people just associate it with weakness,” said Ana. “That’s what’s motivating me to talk about it, because it’s not only about helping the people who are living with mental illness, it’s also about teaching others how to help those who are struggling.”

Ana is a smart, athletic, and talkative young woman who smiles and laughs easily. She also is someone who has felt the heavy weight of depression, lacking the desire to get out of bed for days on end and experiencing uncontrollable and unanticipated bouts of crying and sadness.

It started when she was a junior in high school.

“I would go through these spurts where it would just hit me, and I would be at an all-time low for a month or two and then I would come back up and I would be fine,” she explained. “When I went to college, it really started to take a toll on me.”

During high school, Ana was not open about her depressive thoughts. She would periodically mention her struggles to her mother, but they managed to tie her sadness to the challenges that many teens face—concerns about physical appearance, the fluctuations of friendships and relationships, and the stress of leaving home for college.

Her depression, however, intensified during her first year of college. While her classmates studied or went to social events, she just stayed in bed.

“I stopped going to classes,” said Ana. “I stopped doing homework. I received emails from my teachers, but I didn’t respond because I didn’t care.”

Ana’s depression became so severe, one night she attempted suicide. Fortunately, her friends realized what was happening and immediately called for help. Once her parents were notified, Ana’s mom drove straight from Massachusetts to Pennsylvania to be by her daughter’s side early in the morning.

With the encouragement of her mother and father, Ana entered into a rigorous treatment plan that helped her address her depression, anxiety, and an eating disorder. She also immediately realized that by keeping her experience a secret, she was adding to the stigma of mental illness.

With the support of her friends and family, Ana decided to share her story in hopes of helping other young adults know that they are not alone. “You don’t have to go through it alone,” Ana explained. “You don’t have to be afraid to reach out for help.

“Today, Ana is a successful student at the University of New Hampshire and an active mental health advocate. If you are interested in supporting Ana’s mission, please visit the Give page. 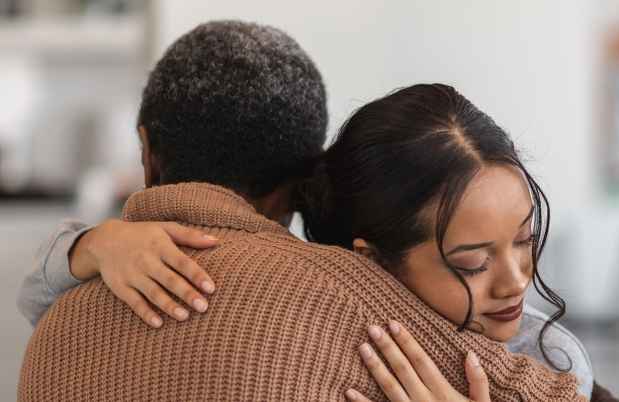