The Science Behind Teens and Drinking: What Every Family Should Know

According to the Centers for Disease Control and Prevention (CDC), alcohol is the most commonly used and misused drug among young people in the United States. The CDC also reports that excessive drinking is responsible for more than 4,300 deaths among underage individuals each year.

I frequently speak to students, parents, educators, mental health workers, law enforcement officers, and policymakers to educate them about the development of the teenage brain and the effects of alcohol and drug use on brain function and to dispel commonly-held myths about teens and drinking. Before I begin talking, most of them are completely unaware that more than 90% of the alcohol consumed by young people is in the form of binge drinking and that in 2010 more than 189,000 emergency room visits by persons under the age of 21 were linked to alcohol. My goal is to inform them about what science tells us so they can use the information in a tangible way.

Here are the top questions I receive from the community.

Why do teens binge drink?

Teens often binge drink because they are wired for novelty-seeking—to gain new experiences that will ultimately lead to their independence. This can sometimes include risk-taking behaviors such as using and misusing alcohol and other drugs. Teens are also less sensitive to some of the impairing effects of alcohol (e.g., sleepiness, loss of motor control), the same effects that serve for adults as internal cues as to when they’ve had enough to drink. In other words, because teens have yet to develop the feedback loop mechanism that tells them that they are impaired, they end up drinking more—often in binge quantities.

If I’m telling my teen not to drink, how can I rationalize a glass of wine with dinner?

The short answer is that an individual reaches neurobiological adulthood in his or her early 20s. Because of the developmental timeline, the young brain is more vulnerable to alcohol effects than the adult brain. During adolescence, the frontal lobe—the area of the brain responsible for logic and reasoning, planning, and self-regulation—is being wired. Teens are more inclined to impulsive behavior, like drinking to excess. Our goal is to have kids and parents understand the importance of delaying first use of alcohol. 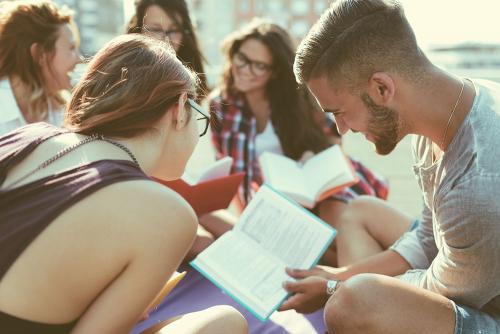 Research has shown that the younger you are when you start drinking, the worse the problem later in life. That is, age of first alcohol use is a strong predictor of an alcohol misuse problem in adulthood. If you’re 13 when you start drinking, you have a 47% chance of having a problem as an adult. If you wait until you’re 21, you still have a 9% chance that you’ll have a problem later on. The more that young people understand the enormous consequences related to alcohol use in their teens and the longer they can delay their first use, the more likely they will cultivate a healthy and moderate use of alcohol.

Wouldn’t it be better if I taught my kids to drink responsibly at home?

Neuroscience has shown us that in any biological system, alcohol impairs learning and memory. It’s critical to remember that unlike some effects of alcohol that impair teens less than adults, learning and memory are considerably more compromised by alcohol in teens than in adults. Therefore, experiences had while drinking likely do not permit effective learning, despite the myth that keeping teens safe while letting them experience drinking will protect them (e.g., drinking in the basement, under parental monitoring, keys taken away, etc.).

Drinking wine and other alcoholic beverages are more socially acceptable and part of the daily culture in Europe. Do they have fewer problems with teenagers and drinking?

Evidence shows us that, with the exception of Turkey, teens in Europe have higher rates of binge drinking and alcohol addiction problems than the United States. This counters the idea that the European drinking culture somehow prepares or protects teens from the harms of alcohol.

Are there any differences in brain functioning between boys and girls?

There are differences, but one is not better off than the other. Some areas of the brain grow faster in girls and vice versa, but they eventually catch up with one another. Girls have a tendency to be less impulsive because of better-connected neurons in their frontal lobe. This gives them more control over their actions. Conversely, boys take a little bit longer to develop those connections and that’s what opens them up to be more impulsive.

What’s alarming is that girls are actually catching up to boys in terms of how much they’re drinking, so despite girls’ typically better impulse control, other factors such as social media, peer influence, accessibility, and availability are leveling the playing field. But the fact that girls are catching up tells us something—they may feel more pressured by their peers and may also be influenced by the marketing of alcoholic beverages that specifically target the female teenager.

Marisa M. Silveri, PhD, is the director of the Neurodevelopmental Laboratory on Addictions and Mental Health at McLean Hospital and an associate professor of psychiatry at Harvard Medical School. She focuses her research on the consequences of substance use and the manifestation of addictions and psychiatric illness in teens and young adults, measured using magnetic resonance neuroimaging techniques. Read more about Dr. Silveri’s work.

Feeling the Stress of COVID-19? Follow Along for 10 Minutes of Yoga and Relaxation