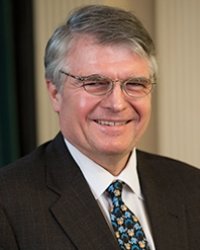 Since 1999, Alexander Vuckovic, MD, has been medical director of The Pavilion, where he has overseen the care of more than 2000 patients, in addition to thousands more in his outpatient practice. He has spent his entire 34-year post-residency career immersed in the diagnosis, clinical care, and management of major psychiatric conditions, including 15 years treating the most difficult tertiary care referrals as a psychiatrist-in-charge at McLean Hospital’s Psychotic Disorders Program.

Dr. Vuckovic has published extensively, including original studies and retrospective reviews of the medication treatment of depressive illness and psychotic disorders. He is actively engaged in the development of an antidepressant treatment utilizing a combination of natural substances. He has been selected by his peers as one of the Best Doctors in America for 15 consecutive years. Dr. Vuckovic is a diplomate of the American Board of Psychiatry and Neurology, a distinguished life fellow of the American Psychiatric Association, and an assistant professor of Psychiatry, part-time, at Harvard Medical School.