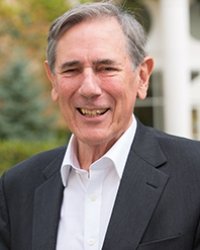 After graduating with honors in biology from Harvard University in 1968, Andrew D. Gill, MD, went on to medical school at Case Western Reserve University. At graduation he was awarded the Ohio Mental Health Association Prize for outstanding student in psychiatry. He returned to Massachusetts for a rotating internship at Cambridge Hospital. After completing a three-year psychiatric residency at Beth Israel Hospital in Boston, he served as chief resident in psychiatry there and began his private practice.

In addition to his years on the staff at Beth-Israel, Dr. Gill worked at several non-profit clinics and hospitals in central Massachusetts. When McLean Hospital opened the Addiction Treatment Center at Naukeag, a dual diagnosis rehabilitation center, Dr. Gill was asked to be medical director. He is also a consulting psychiatrist at Fernside, which opened a few years later. He currently works at McLean in both capacities.