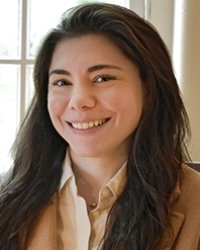 Using methods such as psychophysiology (e.g., heart rate) and electroencephalography (EEG), Dr. Seligowski’s research aims to elucidate brain-heart mechanisms underlying PTSD. She also seeks to identify how these mechanisms are involved in cardiovascular disease risk in PTSD, and how they are influenced by endocrine function. Dr. Seligowski’s research has been funded by the National Institutes of Health and the American Heart Association.

Dr. Seligowski’s Neurocardiac Effects of Stress and Trauma (NEST) Laboratory seeks to understand alterations in the brain-heart connection that arise from stressful or traumatic experiences.

PTSD is widely known to be associated with heightened risk for cardiovascular disease and dysfunction, yet the mechanisms underlying this relationship remain unclear. The NEST Lab uses techniques in neurophysiology (e.g., EEG) and psychophysiology (e.g., heart rate, startle) to probe these mechanisms, as well as measurement of renin-angiotensin system activity (e.g., plasma renin levels), which is involved in blood pressure regulation.

Another goal of Dr. Seligowski’s research is to understand sex and gender differences in PTSD and cardiovascular disease.

Women are more than two times as likely as men to receive a diagnosis of PTSD, and cardiovascular disease is known to have sex and gender effects.

Estradiol has been shown to be a protective factor in both PTSD and cardiovascular disease, pointing to the significance of gonadal hormones in understanding sex and gender differences in these disorders. Thus, Dr. Seligowski’s research also seeks to characterize the different pathways by which men versus women with PTSD experience cardiovascular risk.

An ongoing study in the NEST Lab aims to probe the brain-heart connection in women with and without PTSD by examining neurophysiological, psychophysiological, and cardiovascular function measures (e.g., endothelial function), as well as renin-angiotensin system activity. This study also aims to characterize the effects of gonadal hormones on these measures.