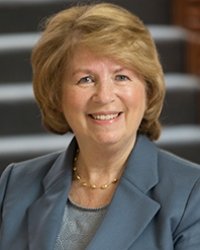 Bertha K. Madras, PhD, is a professor of psychobiology at Harvard Medical School, based at McLean Hospital and cross appointed at the Massachusetts General Hospital. Her research focuses on neurobiology, imaging, and medications development (19 U.S. and 27 international patents) for neuropsychiatric disorders. In public policy, she was deputy director for demand reduction in the White House Office of National Drug Control Policy, a presidential appointment confirmed unanimously by the U.S. Senate.

Dr. Madras recently served as a panelist at the Vatican Pontifical Academy of Sciences and in 2017, was appointed as one of six members of the President’s Commission on Combating Drug Addiction and the Opioid Crisis. In service to the public, she developed a museum exhibit and a CD (licensed by Disney) with the Museum of Science, Boston. She is recipient of an NIH MERIT award, a NIDA Public Service Award, and others.

Dr. Madras’ laboratory focuses on brain signaling of dopamine, a transmitter implicated in schizophrenia, substance use disorders, attention-deficit/hyperactivity disorder (ADHD), Parkinson’s disease, and endocrine disorders. Her laboratory discovered a class of compounds to detect the dopamine transporter. Expressed exclusively on dopamine neurons, this protein is a target of therapeutic medications and of psychostimulant drugs of abuse. The transporter can also serve as a marker of dopamine neurons.

Initially, she discovered a highly selective radiolabeled probe for in vitro detection of the transporter, which became the most widely used agent for this purpose. She subsequently began a program of translational research by converting the compound and analogs into brain imaging agents for PET and SPECT detection of Parkinson’s disease in living brains. After her seminal discoveries, numerous analogs of the original compound were developed internationally and used to investigate neuropsychiatric disorders, develop medications, and for other purposes.

Her translational research program expanded from a diagnostic for Parkinson’s disease to discovery of higher levels of the transporter in subjects with ADHD, for clarifying genotype and phenotype relationships of the transporter and other applications.

In seeking novel medications for cocaine addiction, Dr. Madras engaged in a collaboration that led to the design of over 600 novel compounds as candidate cocaine medications. In the process, she discovered compounds that lacked an amine nitrogen in their structures but retained high-potency transporter blockade. These findings abolished the conventional dogma that monoamine transporter drug interactions required an amine nitrogen to be effective.

In seeking novel targets for medications development to treat psychostimulant addiction, her laboratory also investigated trace amines. They showed that TAAR1 activity was enhanced in the presence of the dopamine transporter, implicating a functional role of the transporter in TAAR1 activity. Moreover, she discovered that cocaine and therapeutic dopamine transport inhibitors also blocked the transport of the trace amine phenethylamine, conceivably implicating the trace amine receptor1 and trace amines in psychostimulant or therapeutic drug response.

During her service as deputy director for demand reduction in the White House Office of National Drug Control Policy, she developed sustainable initiatives to reduce drug demand and improve treatment quality, including new CPT® codes for alcohol/drug screening and brief interventions. She then assembled a team of NIDA and SAMHSA investigators to compile federal data and published the results of a large multi-center federal program for screening, brief interventions, and referral to treatment—Screening, Brief Intervention, and Referral to Treatment (SBIRT)—for illicit drug use and alcohol. The report showed that 22.7% of 459,599 patients screened positive for problematic substance use at multiple healthcare sites. Those offered a brief or more intensive intervention reported significantly reduced drug use and heavy alcohol use six months later. The manuscript has received over 600 citations since its publication in 2009.

Recently, Dr. Madras’ research has focused on the effects of drugs on the developing adolescent brain and on the adult brain, to illuminate why early drug initiators are more susceptible to addiction, cognitive impairment, and other adverse effects. Currently, her laboratory is comparing the behavioral and molecular consequences of cannabinoid exposure in adolescent and adult primates to discern whether the psychoactive cannabinoid THC produces different effects in the two age cohorts and whether cannabidiol modulates these effects.

Madras BK. The surge of opioid use, addiction, and overdoses: responsibility and response of the U.S. health care system. JAMA Psychiatry 2017;74(5):441-442.

Imaging of the Human Brain in Health and Disease
by Philip Seeman and Bertha Madras, editors
(Elsevier, 2013)

The Effects of Drug Abuse on the Human Nervous System
by Bertha Madras and Michael Kuhar, editors
(Elsevier, 2013)