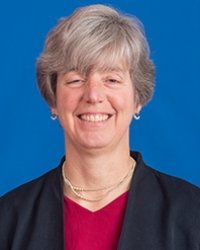 Carol A. Paronis, PhD, is director of the Laboratory of Preclinical Pharmacology at McLean Hospital and an associate professor of psychiatry at Harvard Medical School. Dr. Paronis received her PhD in pharmacology from Emory University and completed post-doctoral fellowships in pharmacology at the University of Michigan and in biopsychology at Harvard University. She is interested in understanding the behavioral consequences of repeated exposure to drugs and how drug properties influence the expression of drug dependence, addiction, or tolerance.

Dr. Paronis dedicates a large part of her research to understanding the behavioral consequences of chronic drug exposure leading to drug tolerance and/or physical dependence. Dr. Paronis and her colleagues hope that their work improves our understanding of pharmacological influences on the behavioral effects of drugs. They seek to advance the development of new therapeutics with decreased potential for misuse.

Early research by Dr. Paronis demonstrated that the tolerance that develops to opioid or benzodiazepine drugs is dynamic. Several factors influence the expression of drug tolerance. These include the behavioral endpoint used to measure drug effects, the context under which the drug is administered, or the intrinsic activity of the drug administered chronically.

In another aspect of her research program, Dr. Paronis and her colleagues have built on in vitro findings to ask whether between-drug differences in cell-signaling mechanisms (often referred to as signaling bias) predict differences in their acute or chronic behavioral effects. Ongoing work in her laboratory aims to identify behavioral and physiological biomarkers that vary with the pharmacological effectiveness of opioid drugs.

Her lab engages in work with novel opioid analgesics, currently under development at other institutions. This research centers on the association of biased signaling (i.e., preferential activation of G-protein vs. beta-arresting signaling cascades) with reduced opioid side effects. This work is of interest because of the great need for safer analgesics.

Also, Dr. Paronis works toward identifying candidate medications for different types of drug abuse. Part of this effort includes the refinement of behavioral methods in nonhuman primates to improve our ability to recognize promising lead compounds. Previously, her lab’s emphasis was on cocaine and other psychomotor stimulants. Because of the current opioid addiction crisis, the work now includes heroin and other morphine-like opioids.