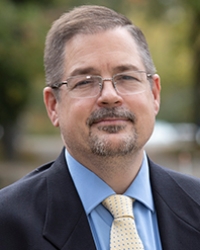 Christopher A. Richard, BSN, RN, began his career as a mental health worker at Beth Israel Deaconess Medical Center in 1992, where he was encouraged to become a registered nurse. Graduating from Mass Bay Community College in 1997, Mr. Richard spent 20 years at the Brigham and Women’s Faulkner Hospital Locked Psychiatric unit, eventually taking on the role of clinical leader for 12 years.

During his time as clinical leader, Mr. Richard returned to school to obtain his Bachelor’s of Science in Nursing from Framingham State University. With this degree he was able to transition to McLean Hospital as the nurse director of the Alcohol, Drug, and Addiction Inpatient Program in the fall of 2016. He is currently the nurse director of McLean’s North Belknap Inpatient Program. Mr. Richard is committed to the de-escalation and management of aggressive patient behaviors, trauma informed care, and the education and training of new staff.