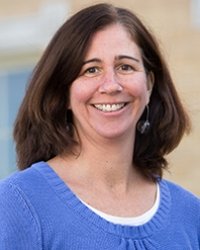 Elena H. Chartoff, PhD, is an associate professor of psychiatry at Harvard Medical School and director of the Neurobiology of Motivated Behavior Laboratory at McLean Hospital. She is interested in the neurobiological mechanisms that connect depression and anxiety with drug addiction. The work in her laboratory has broad implications for understanding basic brain mechanisms that control mood and motivated behavior.

Within her wider interest, Dr. Chartoff’s laboratory focuses on sex differences in molecular and genetic contributions to addictive behaviors, the role of glutamatergic transmission in affective states and the role of kappa opioid receptors in drug withdrawal-induced depressive-like states.

Dr. Chartoff’s Neurobiology of Motivated Behavior Laboratory, founded in 2009, investigates the molecular, biochemical, and cellular mechanisms underlying drug dependence and withdrawal using animal behavioral models with high relevance to the human condition. The lab includes both females and males in their studies because there is striking evidence, both clinically and preclinically, for sex differences in every facet of the addiction cycle.

Dr. Chartoff is interested in how chronic exposure to drugs of abuse changes the brain at molecular and cellular levels such that drug withdrawal elicits a protracted constellation of negative affective signs. These include depressive- and anxiety-like signs as well as an increased sensitivity to stress and drug-associated cues, all of which work in concert to increase the likelihood of relapse. The lab concentrates on specific brain systems because their neural circuits are essential for affect and motivated behavior and become “hijacked” by repeated drug exposure.

The research focuses on the molecular and behavioral correlates of stress-like and depressive-like states that contribute to the acquisition and maintenance of addictive behavior as well as to craving and relapse during periods of withdrawal. The mesolimbic dopamine system and the extended amygdala play important roles in both the rewarding and aversive effects of drugs of abuse. Within this context, there are two primary lines of research in the lab, sex differences in addiction and the role of kappa-opioid receptors in cocaine withdrawal.

There is increasing evidence in humans and laboratory animals for biologically-based sex differences in every phase of drug addiction including acute reinforcing effects, transition from occasional to compulsive use, withdrawal-associated negative affective states, craving, and relapse. Dr. Chartoff and her group study the neurobiology underlying these findings in two ways. First, the lab is studying the molecular and behavioral correlates of depressive-like states that accompany withdrawal from drugs of abuse in male and female rats. They have demonstrated that female rats are less sensitive than males to the depressive-like effects of kappa-opioid receptor activation. This has important ramifications for the neural mechanisms underlying mood and affect as well as for the contribution of kappa receptors to addictive behavior in men versus women. Second, the lab is studying how early life stress impacts both the transcriptome in stress-related brain regions using deep-sequencing methods and the addictive potential of the prescription opioid oxycodone using the drug self-administration paradigm, in male and female rats.