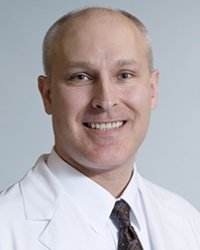 Evan D. Murray, MD, was chief of the Neuroscience Center at Walter Reed Army Medical Center and teaching faculty at the National Naval Medical Center. He served as director of the Sleep Disorders and Epilepsy Clinics at Madigan Army Medical Center. After completion of the Sidney R. Baer, Jr. Fellowship in 2007, he joined the faculties of McLean and Massachusetts General Hospitals and the Harvard Medical School. He is director of Traumatic Brain Injury-Neurology at the Manchester VA Medical Center in New Hampshire.

Dr. Murray has been the recipient of various awards including the Young Investigator and Career Development Awards from the American Neuropsychiatric Association. He has served as both chair of the Finance and Development Committee and as a member of the Scientific Program Committee for the American Neuropsychiatric Association.

Supporting Kids and Loved Ones in the Wake of Recent Tragedy