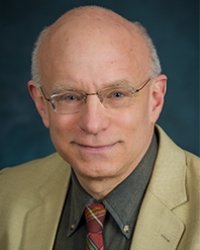 J. Alexander Bodkin, MD, has been at McLean since 1985. Working with Dr. Jonathan Cole until his death, Dr. Bodkin has long pursued the study of new and old medications for depression and anxiety. His research has focused on underutilized pharmacologic approaches to difficult-to-treat mood and anxiety disorders, such as MAO inhibitors, stimulants, and the opioid buprenorphine. Dr. Bodkin directs clinical trials of potential antidepressants, anxiolytics, and adjunctive medications intended to relieve treatment-resistant depression and the residual symptoms of partially treatment-responsive depression.

Dr. Bodkin’s consulting practice focuses on the diagnosis and optimal treatment of psychiatric illness. He is also interested in the widespread misuse of the PTSD diagnosis in civil litigation and in legal issues concerning the causation of psychiatric illness. He has been involved in the repressed memory controversy, and has studied ethical issues arising in mental health care.

Depression and anxiety are among the most common mental illnesses. Dr. Bodkin’s Clinical Psychopharmacology Research Program, founded in 1998, focuses on hard-to-treat cases of these conditions.

The goal is to establish reliable bases for optimal treatment selection in individual cases so that multiple, lengthy, and discouraging “empirical” trials in search of effective treatment are unnecessary. Dr. Bodkin is working to develop evaluative measures to improve treatment selection. He examines the question of who will respond optimally to MAOI vs. SSRI or SNRI vs. TCA vs. a medicine with a novel mechanism vs. adjunctive medication included from the outset. Comparative treatment studies to establish the most effective treatment for a given individual have not been supported by conventional funding sources and progress has been slow.

In studies of new medicines for treatment-resistant depression and adjunctive medicines for residual symptoms, Dr. Bodkin and his team were among the first to publish evidence of the effectiveness of buprenorphine, an opioid, on treatment-resistant depression. Opiates were the first antidepressants prescribed by physicians but were abandoned in the mid-twentieth century for safety reasons. The lab examined buprenorphine as a safer opioid with reduced potential for abuse. Over 20 years later it is under consideration by FDA as an antidepressant adjunct.

Though stimulants have been used for over 50 years to alleviate treatment resistant residual symptoms of depression, efficacy has been resistant to demonstration under placebo controlled conditions. Dr. Bodkin’s group was able to demonstrate the effectiveness of adjunctive stimulant therapy in a depressed population selected for a specific cluster of residual symptoms including lassitude, anhedonia, and impaired concentration.

Monoamine oxidase inhibitors (MAOIs) are the best treatment for many depressed patients but are rarely used due to potential dangerous interactions with certain foods. Dr. Bodkin’s group helped to develop a safe and effective transdermal preparation (skin patch) with minimal dietary interactions. The selegiline transdermal system (STS) delivers a monoamine oxidase inhibitor (MAOI) with unique pharmacokinetic and pharmacodynamic properties that overcome the limitations of orally administered MAOIs, particularly dietary tyramine restrictions. Dr. Bodkin’s studies showed that transdermal selegiline was an effective and well-tolerated treatment. The side effects commonly seen with traditional MAOI antidepressants were not observed.

Dr. Bodkin has studied the connection of PTSD and traumatic stress. Patients presenting for pharmacologic treatment of major depression were examined prior to treatment for history of traumatic experiences. Subjects were also examined for symptoms of post-traumatic stress disorder (PTSD). Blinded raters judged whether subjects’ experiences met DSM-IV criteria for trauma. Among subjects found to have experienced trauma, 78% met all other DSM-IV criteria for PTSD. Among subjects scored as not having experienced trauma, 78% displayed all other DSM-IV criteria for PTSD. This equivalence suggests that the PTSD syndrome may not necessarily be caused by trauma.