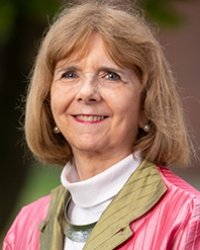 Joan M. Gillis, MSW, LICSW, graduated from Simmons School of Social Work in 1996. With a strong interest in older adult mental health, she began a fellowship in McLean’s geriatrics division in 1996. After her fellowship was completed, she was hired as a clinical social worker on the geriatric inpatient service. Ms. Gillis is now the senior clinical team manager and supervises all of the inpatient social workers in the Division of Geriatric Psychiatry.

Ms. Gillis has assumed other responsibilities in the division including teaching, mentoring, administration, and participation in marketing opportunities. She has been honored with the Geriatric Program Award, Vision of Excellence Awards in 1999 and 2004, Partners Individual Awards in 2008 and 2018, and Partners In Excellence Team Awards in 2012 and 2015.

Can Technology Improve the Mental Health of Older Adults?

In the Media: ‘I Miss Everything. I Miss Everybody’ – Depression Rates for Seniors Are Soaring Amid COVID-19
More News