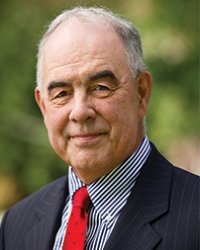 Joseph T. Coyle, MD, is the Eben S. Draper Professor of Psychiatry, emeritus, at Harvard Medical School and was chairman of the Consolidated Department of Psychiatry at Harvard 1991-2001. A graduate of the College of the Holy Cross, he received his MD from Johns Hopkins. He completed an internship in pediatrics, a residency in psychiatry, and a fellowship with the Nobel laureate Julius Axelrod, PhD. He joined the Hopkins faculty in 1975 and was named the Distinguished Service Professor of Child Psychiatry in 1985.

Understanding the neurobiology of serious mental illness is essential for developing more effective treatments. Dr. Coyle’s research takes advantage of insights into recently identified genes that confer risk for schizophrenia and related disorders and translates them into genetic mouse models to determine how these mutations affect brain changes as well as function, neurochemistry, and behavior.

Dr. Coyle’s lab used genetic mouse models to characterize the mechanisms by which altered glutamatergic neurotransmission leads to pathological alterations in the brain, as a means to gain insight into the neurobiological underpinnings of schizophrenia. The goal was to use this new understanding of the brain to develop novel and effective treatments for schizophrenia and other disorders of compromised glutamatergic signaling.

Dr. Coyle focused on genes that regulate the function of the N-methyl-D-aspartate receptor (NMDAR), which is involved in excitatory neurotransmission, neuronal development, and neuroplasticity. His research has shown that when NMDAR function is impaired by a genetic mutation, they can recreate, in the mouse, the structural, neurochemical, and functional alterations in the brain that are characteristic of schizophrenia—for example, cognitive and memory impairments for which there are currently no effective treatments. Most recently, they have shown that by pharmacologically restoring NMDAR function in these “schizophrenic” mice, their structural, neurochemical, and cognitive deficits can be reversed, pointing to new strategies for more effective treatments for schizophrenia and potentially other serious mental illnesses.

D-serine, a co-agonist at the NMDAR, is synthesized from L-serine by the enzyme serine racemase (SR). Immunocytochemistry now indicates that SR is expressed primarily in forebrain glutamatergic neurons with the remainder in GABAergic interneurons. In the study “D-Serine and Serine Racemase are Localized to Neurons in the Adult Mouse and Human Forebrain,” Coyle’s lab utilized SR deficient (SR-/-) mice, which have <15 % of normal D-serine levels, to validate and optimize a D-serine immunohistochemical method. Findings conclusively demonstrated that most D-serine is both synthesized and stored in neurons. It will be important to determine the functional significance for the separation of synthesis and storage of D-serine in neurons, as well as the presence of this NMDAR co-agonist in GABAergic interneurons.

Schizophrenia is characterized by reduced hippocampal volume, decreased dendritic spine density, altered neuroplasticity signaling pathways, and cognitive deficits associated with impaired hippocampal function. In the study, “Multiple Risk Pathways for Schizophrenia Converge in Serine Racemase Knockout Mice, a Mouse Model of NMDA Receptor Hypofunction,” Dr. Coyle’s group sought to determine whether this diverse pathology could be linked to NMDAR hypofunction, and thus used the SR-/- mouse model. They found that D-serine was necessary for the maintenance of long-term potentiation in the adult hippocampal dentate gyrus and for full NMDAR activity on granule cells. SR-/- mice had reduced dendritic spines and hippocampal volume. Chronic D-serine treatment normalized the electrophysiological, neurochemical, and cognitive deficits in SR-/- mice. These results demonstrate that NMDAR hypofunction can reproduce the numerous hippocampal deficits associated with schizophrenia, which can be reversed by chronic peripheral D-serine treatment.

Both the serotonin and glutamate systems have been implicated in the pathophysiology of schizophrenia, as well as in the mechanism of action of antipsychotic drugs. Psychedelic drugs act through the serotonin 2A receptor (5-HT2AR) and elicit a head-twitch response (HTR) in mice that directly correlates to 5-HT2AR activation. In fact, 5-HT2AR knockout mice lack drug-elicited HTR. Dr. Coyle’s group used the SR-/- mouse model to explore the role of glutamatergic transmission in the regulation of 5-HT2AR-mediated cellular and behavioral responses. The lab’s findings in the study, “D-serine Deficiency Attenuates the Behavioral and Cellular Effects Induced by the Hallucinogenic 5-HT2A Receptor Agonist DOI,” suggested that D-serine-dependent NMDAR activity is involved in mediating the cellular and behavioral effects of 5-HT2AR activation.

Dr. Coyle has also published a paper, “NMDA Receptor and Schizophrenia: A Brief History.” Although glutamate was first hypothesized to be involved in the pathophysiology of schizophrenia in the 1980s, it was the demonstration that NMDAR antagonists, the dissociative anesthetics, could replicate the full range of psychotic, negative, cognitive, and physiologic features of schizophrenia in normal subjects that placed the “NMDAR hypofunction hypothesis” on firm footing. Additional support came from the demonstration that a variety of agents that enhanced NMDA receptor function at the glycine modulatory site significantly reduced negative symptoms and variably improved cognition in patients with schizophrenia receiving antipsychotic drugs. Finally, past large-scale human genetic studies have implicated mutations in the NMDAR itself and serine racemase, as well as many genes associated with the postsynaptic density, with increased risk for schizophrenia.

Goff DC, Coyle, JT. The emerging role of glutamate in the pathophysiology and treatment of schizophrenia. American Journal of Psychiatry 2001;158(9):1367-77. 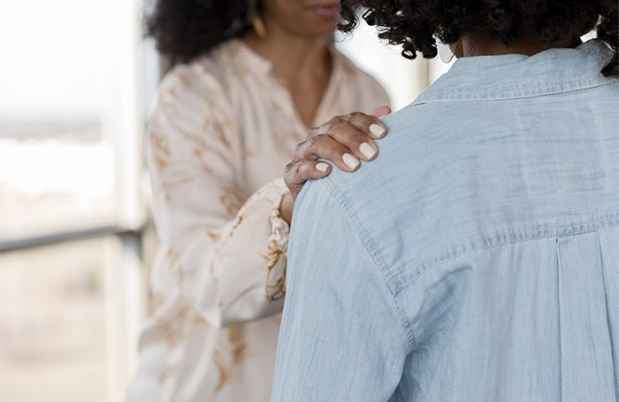 Supporting a Loved One Through Addiction Recovery