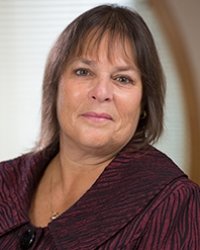 Karen Slifka, RN, MS, CS, is the nurse director of the Community Reintegration Unit. Ms. Slifka began her career at McLean in the child inpatient units and later moved into the child outpatient program in therapy, psychopharmacology, and research. She has been working in the Community Reintegration Unit since 2004 and has continued her research regarding metabolic syndrome in the inpatient program.

In 2010, Ms. Slifka received the Patriot Award from the Employer Support for the Guard and Reserve. a leading advocate within the Department of Defense, for her continued support of McLean staff who also serve in the National Guard or Reserve. She is also a recipient of multiple Partners in Excellence Awards.