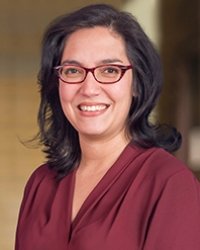 Laura Germine, PhD, is the technical director of the McLean Institute for Technology in Psychiatry, the director of the Laboratory for Brain and Cognitive Health Technology, part of the Advanced Bioinformatics and Computational Discovery Hub, at McLean Hospital, and an assistant professor of psychiatry at Harvard Medical School. Dr. Germine received her BA in neurobiology from UC Berkeley, her PhD in experimental psychopathology from Harvard University, and completed a post-doctoral fellowship in psychiatric genetics at Massachusetts General Hospital and Harvard Medical School.

Dr. Germine’s research is oriented around understanding cognitive functioning in health and disease, as well as building technology for studying cognition and behavior using the web and mobile devices. She created one of the first online neuropsychological laboratories in 2005, which later became TestMyBrain.org, a platform that has attracted over 2.3 million research participants.

As director of the Laboratory for Brain and Cognitive Health Technology at McLean Hospital, Dr. Germine investigates individual differences in cognition and mental health.

Her research involves the development of technology for studying cognition and behavior via the web and mobile devices. In 2005, she created TestMyBrain.org, one of the first online neuropsychological laboratories. This platform has attracted more than 2.3 million research participants. Data derived from tests on TestMyBrain have served as the foundation for the development of new measures and to answer novel research questions. This includes validating methods for digital neuropsychology and the quantification of neuropsychological functioning using digital devices.

In addition, Dr. Germine has authored or co-authored more than a dozen papers demonstrating dissociations between individual differences in social and nonsocial cognitive domains, as well as dissociations within social cognition. In one such study, she was able to identify a dissociation in the gene-environment architecture of face recognition and face preferences. This work showed that face identity recognition is based almost entirely on variations in genes, whereas face preferences are shaped mostly by individual environments.