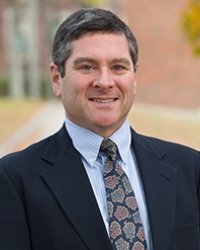 Dr. Kaufman has been a consultant reviewer for the Veteran’s Administration, the Office of National Drug Control Policy, the Wellcome Research Trust, and numerous journals, and is a charter member of the NIH Addiction Risks and Mechanisms study section (2015-2018). He is on the board of directors of the College on Problems of Drug Dependence (2013-2017), and the board of consulting editors of Experimental and Clinical Psychopharmacology.

The creative use of neuroimaging and other techniques is helping McLean scientists better diagnose and develop new treatments for a range of conditions including substance use disorders, neuropsychiatric conditions such as schizophrenia, major depression, post-traumatic stress disorder (PTSD), obsessive compulsive disorder (OCD), and neurodegenerative diseases such as Parkinson’s disease and amyotrophic lateral sclerosis (ALS).

Magnetic resonance imaging techniques, including structural imaging (MRI), functional imaging (fMRI), and spectroscopy (MRS), which measures brain chemistry, are noninvasive and thus can be used both in humans and in animals to study multiple aspects of brain structure and function.

Dr. Kaufman’s research goal is to use magnetic resonance imaging methods in preclinical models of addiction, compulsive behavior disorders, HIV, and psychotic disorders, as well as in humans with those disorders, to advance the understanding of pathogenesis and pathophysiology of these disorders and to develop new diagnostic methods and treatments.

The lab used MRS in a preclinical study of SAPAP3 knockout mice—which model aspects of human obsessive compulsive and related disorders (OCRD)—to determine whether these mice exhibit neurochemical abnormalities found in humans with OCRD. Dr. Kaufman and his staff found low levels of the energy intermediate lactic acid and of the key antioxidant molecule glutathione in knockout mouse striatum. They interpreted this finding as reflecting high levels of striatal metabolism and oxidative stress, consistent with findings in humans with OCRD. Dr. Kaufman’s group collaborated with Dr. Brian Brennan on a human MRS study reporting a brain glutathione reduction in humans with OCD, suggesting that brain oxidative stress is present in animal and human models of compulsive behavior disorders. This could support use of antioxidant treatments to reduce behavioral symptoms of these disorders.

Dr. Kaufman also used MRS to document brain oxidative stress in a mouse model of HIV, Tat protein-expressing GT-tg bigenic mice. The results prompted subsequent testing of an antioxidant, MSM, which reduced depression-like behavior in these mice. This research supports the possibility that antioxidants could be useful for reducing the high prevalence of depression in people living with HIV.

Predictive Biomarkers Could Ease the Exhaustive Trial-and-Error of Antidepressants