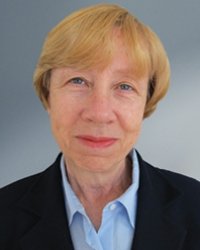 Mary C. Zanarini, EdD, began her career studying the phenomenology and etiology of borderline personality disorder (BPD), finding that it is a valid psychiatric disorder that has a clear-cut clinical presentation, can be delimited from other near-neighbor disorders, runs in families, and has a problematic short-term course. She also was the first to find that patients with BPD report high levels of childhood adversity. However, her research in this area strongly suggests that childhood sexual abuse is neither necessary nor sufficient for the development of BPD.

Dr. Zanarini is currently principal investigator of the McLean Study of Adult Development or MSAD—an NIMH-funded study of the long-term course of BPD now entering its 24th year. This study has changed the view of BPD from a chronic disorder to the serious mental illness with the best symptomatic prognosis. Dr. Zanarini is also the principal investigator of an NIMH-funded, internet-based randomized controlled trial of an early form of treatment for BPD: psychoeducation. Results suggest that learning the latest information about BPD can reduce symptom severity and improve psychosocial functioning over a year of follow-up.

Borderline personality disorder (BPD) involves maladaptive symptoms or traits in affect, cognition, behavior, and interpersonal relationships. Led by Dr. Zanarini and founded in 1994, the Laboratory for the Study of Adult Development’s team of clinician-scientists include some of the world’s leading experts on BPD.

Dr. Zanarini’s group was integral to the validation of BPD as a psychiatric disorder, meaning that it can be differentiated from other disorders, it runs in families, it has a known treatment response, its biological underpinnings are identifiable, and it has a known course and prognosis. Their work has also led to a now widely held theory of the etiology of BPD: that those with BPD have a vulnerable temperament or a hyperbolic temperament that is exacerbated by childhood or adulthood adversity.

Since 1992, the McLean Study of Adult Development (MSAD) has followed almost 300 individuals diagnosed with BPD. This naturalistic, prospective study has revealed much higher rates of symptomatic improvement and a substantially lower suicide rate than was previously believed. A more guarded prognosis has been found in two areas, difficulty finding and keeping full-time work and physical health problems such as smoking-related illnesses and obesity. However, taken together the results from this study have led to a profound shift in how BPD is understood and perceived. Formerly regarded as chronic and untreatable, this condition has since become recognized as the serious mental illness (SMI) with the best symptomatic prognosis.

In a now complete randomized trial of psychoeducation for BPD—which used a web-based program for both instruction about BPD and the assessment of acute and long-term outcomes—Dr. Zanarini aimed to determine if this is an effective form of early treatment for this disorder. Preliminary analyses indicate that those in the treatment group showed greater symptomatic improvement than controls in both the acute and maintenance phases of the study.

The goal of the lab’s fMRI study is to assess whether the emotional dysregulation characteristic of those with borderline personality disorder is more strongly related to a “bottom up” problem or a “top down” problem in brain functioning.

The McLean/Mount Sinai Study of Child and Adolescent Development compares 104 hospitalized boys and girls with BPD to 60 psychiatrically healthy adolescents on a wide variety of parameters such as borderline psychopathology, co-occurring disorders, psychosocial functioning, childhood adversity, protective experiences, and temperament.

Clinical trials of medications for borderline personality disorder have evaluated the effectiveness of five psychotropic medications or nutraceuticals (omega-3 fatty acids) via double-blind placebo or comparator-controlled trials for BPD. The lab’s research found that all medications reduced key symptoms moderately but that none were curative.

The McLean Screening Instrument for Borderline Personality Disorder (MSI-BPD) is a 10-item, self-report screening measure for BPD. A score of seven or higher indicates possible BPD and that further assessment is needed to determine if someone actually has BPD.

The Diagnostic Interview for DSM-IV/5 Personality Disorders (DIPD-IV/5), a semi-structured interview, was designed to assess the presence of each of the 12 personality disorders described in DSM-IV/5. Like the DIB-R, it has a two-year time frame. It is arranged into 12 sections so that all of the questions for a particular disorder are placed together.

The Revised Diagnostic Interview for Borderlines (DIB-R), a semi-structured interview of 140 questions, was specifically developed to discriminate borderline patients from patients with other personality disorders. It is based on Dr. John Gunderson’s original Diagnostic Interview for Borderlines, has a two-year time frame, and assesses 22 areas of borderline symptomatology categorically. It also provides five continuous measures of borderline psychopathology: four section scores (affective, cognitive, impulsive, and interpersonal) and the total DIB-R score.

4 Signs Your Child Could Have Borderline Personality Disorder, According to a Psychiatrist

Everything You Need To Know About Borderline Personality Disorder
More News