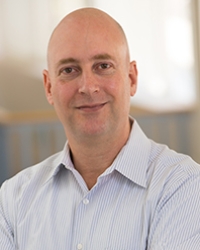 Michael L. Rohan, PhD, focuses his research on the development of a novel electromagnetic treatment for depression. Based on a discovery made in a 2001 MRI study, low field magnetic stimulation has been shown to have rapid antidepressant effects in both bipolar disorder and major depression. He developed the LFMS treatment into a medical device that has been evaluated by the NIH as part of its RAPID program for fast acting antidepressants. He also supports fMRI development in novel acquisition and analysis techniques, applying them to the research of affective disorders, substance abuse, and developmental studies.

After college, Dr. Rohan worked on the first commercial fMRI system, including assisting the development and design of the gradient coils for the system used at MGH for the first clinical fMRI images (1991) as well as the design for the first 3T fMRI system at the University of Pittsburgh Medical Center.

In the Media: Depression as a Long COVID Symptom