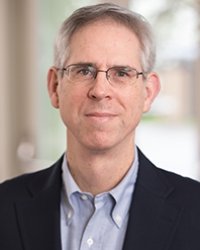 As director of the Laboratory for Computational Neuroscience, Dr. Siekmeier’s research centers on the computational modeling of the hippocampus, an area of brain thought to be responsible for encoding memories, and one that has been implicated in the etiology of schizophrenia. The goals of this research are twofold: to better understand how cellular and molecular level abnormalities in the hippocampus give rise to behavioral symptomatology, and to use this information to help arrive at more effective pharmacologic treatments.

In addition, Dr. Siekmeier is an attending psychiatrist in the Schizophrenia and Bipolar Disorder Inpatient Program. He has an outpatient practice specializing in medication evaluation and management. Dr. Siekmeier is the former web editor of JAMA Psychiatry.

Computational neuroscience is a highly promising approach to investigating the brain and psychiatric illness. Founded in 2005, Dr. Siekmeier’s Laboratory for Computational Neuroscience uses new technologies to conduct virtual experiments that are inexpensive, safe, and efficient, generating findings that can ultimately translate to clinical treatments.

Dr. Siekmeier uses a multidisciplinary approach, drawing on the skills of neuroanatomists, neurophysiologists, psychologists, and psychiatrists as well as researchers expert in mathematics and computer science. A guiding principle of the lab is that a “systems biology” approach is particularly useful, if not necessary, in psychiatric research.

Central to Dr. Siekmeier’s work is the use of highly biologically realistic simulations to provide information about the emergent behaviors of a large number of neurons working together. The goal is to reveal how lesions or interventions at a cellular level can affect the system-level behavior of a brain region, and ultimately clinical behavior.

The lab actualizes rigorously defined biomarkers of psychiatric illness in computational models. Such models can help in understanding the connections between brain cell abnormalities and patients’ symptoms—mechanisms that conventional neuroscience has struggled to clarify. Although the lab’s work is not defined by a particular disease, Dr. Siekmeier currently focuses on psychotic disorders including schizophrenia and bipolar disorder. Potentially the lab will apply their approach to other illnesses such as autism and Alzheimer’s disease.

While recent research on the biological basis of schizophrenia has identified a large number of potential neuroanatomic and biochemical abnormalities, it is still not clear how these findings, alone or in combination, give rise to the clinical syndrome. Using a computational model of the hippocampus that Dr. Siekmeier’s group developed, they have conducted “virtual experiments” investigating the manner in which abnormalities in the GABA, glutamate, and dopamine systems may interactively underlie the symptoms of the illness.

Traditionally, researchers in the area of drug development have tended to emphasize the isolation of single receptor “targets” in the effort to identify effective agents. However, in as much as neuropsychiatric drugs likely exert their effects through a constellation of actions, the lab feels that a computational systems biology approach will be instrumental in identifying more effective medications.

Dr. Siekmeier has described a methodology to use computational models to identify more efficacious medications for neuropsychiatric illnesses, and has put this to use to arrive at novel combinations of pharmacologic mechanisms for the treatment of schizophrenia (as detailed in issued and pending patents).

A focal part of the lab’s work is the identification of clinically relevant and quantifiable biomarkers, which can be used in computational models as an index of illness. For example, using EEG data from schizophrenia patients, the lab has identified highly novel combinations of neurophysiological biomarkers that correlate with a favorable symptomatic response to glutamatergic compounds, which have been proposed as antipsychotic agents. This work has the potential to make a new class of antipsychotic drugs available to patients, and is detailed in pending patents.

Siekmeier PJ. An in silico, biomarker-based method for the evaluation of virtual neuropsychiatric medications. Neural Computation 2017;29(4):1021-1052.

Apparatuses and methods for identification and treatment of patients responsive to antipsychotic agent therapy. This invention is a machine learning-based process for identification of treatment responsive subgroups to glutamatergic antipsychotics and other psychotropic medications via combinations of novel electroencephalographic biomarkers. P. Siekmeier, S. Lowen, and J.T. Coyle, WO Patent Application No. PCT/US2020/49194; filed September 3, 2020 (pending).