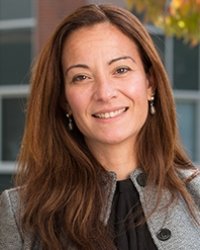 Raquel Espinosa is vice president of Research Administration at McLean Hospital. In this role, she directs the administrative infrastructure that supports a research enterprise consisting of approximately 146 investigators that generate $85 million in annual awards. Prior to this role, Ms. Espinosa was senior director of Research Administration, where she had overall administrative responsibility for annual research expenditures, independently funded sponsored research projects, and over 340 investigators and research fellows.

Prior to joining McLean, Ms. Espinosa was a grants manager at Massachusetts General Hospital from 2007 to 2009 and a senior research administrator at Tufts-New England Medical Center from 2005 to 2007. She received her certified public accountant (CPA) degree at the Science Economics & Administration University in Uruguay in 2002.