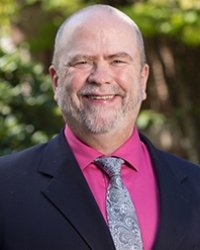 Steven Tottingham, LICSW, received his BA in psychology from the University of Massachusetts, Amherst, and his MSW from Simmons College School of Social Work. After 10 years of practice at McLean Hospital, where he won an Outstanding Social Worker of 5 Years or Less Experience Award, he became a project manager at Tufts Health Plan, later accepting a position as project director at Knowledge Transfer International (all while maintaining a private practice with Littleton Counseling Associates). As president and CEO, he successfully ran Active eLearning for 4 years before returning to McLean Hospital.

Mr. Tottingham opened the Lincoln Residence in March of 2012. With the Lincoln team, he is a recipient of a 2015 Partners of Excellence Award. He brings more than 30 years of clinical experience and 20 years of management experience to the program.