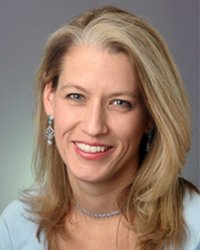 Susan L. Andersen, PhD, is director of the Laboratory of Developmental Neuropharmacology at McLean Hospital and an associate professor of psychiatry at Harvard Medical School. She is interested in understanding how the brain typically matures between childhood, adolescence, and adulthood. Her research focuses on how environmental factors, such as drugs of abuse or early adversity, result in atypical brain development that leads to psychiatric disorders including ADHD, depression, and drug abuse.

Dr. Andersen serves in editorial roles for Psychopharmacology, Synapse, Journal of Psychiatry and Neuroscience, and Pediatric Rehabilitation. She reviews or chairs review panels for the National Institutes of Health and numerous other funding agencies. An author of numerous journal articles, she frequently lectures to national and international audiences.

Since 2003, Dr. Andersen’s Laboratory of Developmental Neuropharmacology has charted the course of normal and abnormal development following early incidence with drugs or stress. She and her lab use a bench-to-bedside approach, applying state of the art approaches to develop treatments that can be used in children and teenagers to reduce or prevent mental illness. Dr. Andersen’s main disorders of interest are addiction, ADHD, child abuse, conduct disorder, depression, and schizophrenia.

Environmental challenges, such as exposure to drugs or stress, uniquely impact the immature brain. Dr. Andersen’s mission is to determine how early environmental events—including medication, drugs of abuse, or stress—influence brain development, and how this information can be used to correct abnormal development before symptoms appear. Her lab focuses on how drugs impact the immature brain immediately and in the long-term. The drugs they investigate are both legal (for example, Ritalin and antidepressants) and illegal (for example, cocaine and marijuana).

Dr. Andersen’s work specifically focuses on reward and affective relevant brain regions that include the prefrontal cortex, nucleus accumbens, amygdala, hippocampus, and the raphe nucleus. The lab assesses how pharmacological responsiveness and its underlying mechanism(s) change during childhood, adolescence, and adulthood in rodent models, animal models that closely imitate the human condition.

They in turn use this information to identify sensitive periods for the programming of reward sensitivity in rats. For example, Dr. Andersen and her group have identified the mechanistic switch that underlies a period of drug-induced “protection” or a period of addiction vulnerability. Currently, the lab focuses on age-related changes in D1 dopamine and Adra2a receptors on GABA and glutamate neurons. Relative shifts in receptor and transmitter balance strongly influence impulsive behaviors that can be further manipulated and probed with lentiviral vectors.

Equally important is the lab’s dedication to using and developing cutting-edge technology to assess these changes and to make them increasingly translational. Dr. Andersen’s research is currently funded by NIDA and NIMH to develop and use fMRI, near-infrared spectroscopy, laser capture microdissection, confocal microscopy, and stereology to examine circuitry level changes across development and via pharmacological responses, and to continue to explore more specific aspects of neuronal interactions than are currently known. Behavioral assays are also extensive, and include anxiety testing, place conditioning, operant protocols for impulsivity and working memory, and drug self-administration.

Dr. Andersen and her lab believe that via a translational approach to identifying endophenotypes that are related to human disorders, coupled with a strong knowledge of sensitive periods and underlying mechanisms, psychiatric symptoms can be significantly prevented or reduced by early adulthood.

In the Media: Fewer Women Are Seeking Addiction Treatment in Mass. as Use and Overdoses Increase
More News