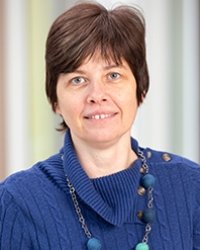 In 2005, Dr. Dujmic continued her training as a psychiatry resident at Tufts Medical Center, where she also completed the child psychiatry fellowship in 2010. In November 2011, she was granted a faculty position at the Harvard Medical School as an instructor in psychiatry. Since November 2017, she has been working as an inpatient psychiatrist at McLean Hospital.

In the Media: In Jumpy Flies and Fiery Mice, Scientists See the Roots of Human Emotions
More News