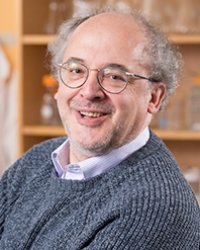 Dr. Bolshakov received his PhD from the Russian Academy of Sciences in St. Petersburg and performed his post-doctoral studies at Columbia University under the mentorship of Dr. Steven Siegelbaum. He joined McLean Hospital in 1999 as an assistant professor and was promoted to full professor at Harvard Medical School in 2012. Dr. Bolshakov regularly collaborates with colleagues within the hospital and globally.

Since 1999, Dr. Bolshakov’s Cellular Neurobiology Laboratory has provided breakthrough insights into the fear mechanisms of the brain—discoveries that raise hope for treating post-traumatic stress disorder (PTSD), anxiety disorders, and other persistent, debilitating conditions. Dr. Bolshakov and his staff study how innate fear and learned fear manifest and interact at the level of individual brain cells and circuits in animal models. The lab’s clinical collaborations help translate scientific discoveries into clinical practice.

The lab focuses on cellular and molecular mechanisms of learned and innate behaviors using a combination of electrophysiological, cell biological, and optogenetic techniques. Specifically, they explore synaptic mechanisms of learned and innate fear in an attempt to relate long-term synaptic modifications at synapses in the amygdala induced by fear conditioning to memory of this conditioned experience.

In recent studies, Dr. Bolshakov’s group provided one of the first mechanistic explanations of how long-term fear memory is encoded and retained, which holds promise for new drug treatments for PTSD—either soon after the initial trauma or after a re-triggering of fear memory. The lab has also identified genes controlling production of proteins involved in innate and learned fear. This knowledge could potentially be used for new treatments for anxiety-related disorders in humans.

In a study of projection-specificity of information flow in fear circuits in the brain, the lab demonstrated that auditory fear conditioning, a form of fear learning, occludes electrically induced long-term potentiation (LTP) in the cortico-amygdala pathway that conveys auditory information to the amygdala by way of projections from the auditory cortex. This cortico-amygdala LTP induced with electrical stimulation in slices was mechanistically similar to synaptic enhancements induced by behavioral training. Dr. Bolshakov and his staff have identified several mechanisms of pathway specificity of lasting synaptic modifications in fear conditioning circuits helping to maintain functional independence of the convergent inputs. These mechanisms contribute to directionality of the information flow in fear conditioning pathways, providing a mechanism for the conditioned stimulus discrimination during fear memory retrieval. Recently, using optogenetic techniques, they showed that interactions between mPFC and amygdala serve an essential function in extinction of conditioned fear memory.

In a study of control of fear-related behaviors through circuitry-specific gene expression, Dr. Bolshakov and his staff demonstrated that both synaptic modifications in afferent inputs to the amygdala associated with fear conditioning and the ability to acquire and retain fear memory can be regulated by the neural circuitry-specific gene expression, providing genetic evidence that plasticity in the conditioned stimulus pathways serves as a cellular mechanism of fear memory formation. These results illuminate how the information that is contained in the specific afferent input activity could be encoded and preserved during fear learning. More generally, the findings strengthen the proposed causal link between long-term synaptic plasticity in the neural circuit of a learned behavior and memory storage.

What Is Agoraphobia? Prince Harry Reveals He Had the Condition in New Book

Thriving With Anxiety This Holiday Season