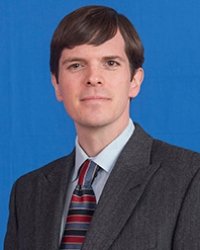 Dr. Ruzicka’s research is focused on the role of epigenetics in the etiology and treatment of psychotic illnesses. Through analyses of postmortem human brain tissue, his work investigates the molecular mechanisms through which environmental exposures (physical illness, psychological stressors, chemical exposures) influence genes and cells within specified circuits of the brain. His work aims to explain the etiology of these illnesses, as well as to develop improved treatments for patients.

Drawing on his background in molecular genetics, Dr. Ruzicka focuses on postmortem human brain tissue studies aimed at understanding the epigenetic changes that occur in single cells and single circuits in the pathology of psychotic disorders.

Unlike genetics, which studies the sequence of DNA (the sequence of A, T, C, and G nucleotides in one’s genes), epigenetics studies the way in which genes are packaged into chromosomes, which has a strong effect on their function. While the genes we inherit from our parents are stable over time and the same in every cell within a person’s body, epigenetic patterns are unique to each single cell within the body and variable across time and in response to environmental influences. Epigenetics forms the interface between the static genome and the dynamic environment, or, in more general terms, the interface between nature and nurture.

Dr. Ruzicka’s laboratory studies the ways in which epigenetic mechanisms act within the vast complexity of the brain and the large diversity of cell types in specific brain regions and circuits. He also conducts research on how disruption of these processes may lead to psychotic illness. Using a variety of techniques, including laser microdissection, single-cell genomics technologies, and advanced histological methods, Dr. Ruzicka investigates these mechanisms at the scale of individual cells and circuits, the resolution necessary to understand the workings of the human brain in health and disease.

Dr. Ruzicka studies these broad concepts within the GABAergic neurotransmitter system of the brain. GABAergic neurons are the most diverse group of neurons in the brain, and this system is known to play a prominent role in schizophrenia. Disrupted activity of populations of GABA neurons is thought to produce the cognitive symptoms of psychotic disorders that form the core of the dysfunction seen in these diseases, and for which current treatments are often ineffective. The long-term goal of Dr. Ruzicka’s laboratory is to define and localize schizophrenia-related epigenetic abnormalities in specific brain circuits and neuronal populations, leading to better treatments and improved outcomes for patients.

Everything You Need To Know About Schizophrenia
More News