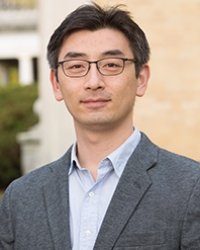 Young Cha, PhD, received his PhD in stem cell biology from CHA University in Korea. During his PhD studies, his scientific interest was to identify novel factors which are involved in the maintenance of self-renewality and pluripotency of embryonic stem cells. He joined the Molecular Neurobiology Laboratory in 2012 as a post-doctoral fellow. He is currently an assistant neuroscientist at McLean Hospital and an instructor in psychiatry at Harvard Medical School.