Do Sports Fans Have Better Self-Esteem?

For every diehard sports fan you can think of, there’s another person who doesn’t see the point of it. “What’s the point of spending your free time in front of the TV watching a bunch of strangers play a kid’s game?” they may ask. “Why shell out hundreds, even thousands, of dollars on game tickets, replica jerseys, overpriced hot dogs, and watery cups of beer?” they might point out. “Your team isn’t even good!” they may exclaim. “Why are you still doing this to yourself every year?”

“Because it’s good for us,” said McLean’s Brent P. Forester, MD, MSc. “Being a sports fan lets us identify with something other than ourselves and join a community of like-minded people.”

Forester is chief of McLean’s Division of Geriatric Psychiatry, a lifelong athlete, and an avid sports fan. He believes that cheering for a team offers a wide range of positives for a person’s health and well-being. “It’s psychologically healthy for people to share a common interest with others and interact with them in meaningful ways,” he said.

Academic studies confirm the positive impact sports fandom can have on mental and emotional health. For example, Murray State University researcher Daniel Wann compared people who called themselves sports fans with people who are not interested in sports. He found that sports fans were less lonely, had higher self-esteem, and claimed to be more satisfied with their lives than their non-fan counterparts.

In a related study, Ohio State University researchers determined that fans experience an increase in self-esteem that can last as long as two days after watching their team win an important game. They found that fans may experience a drop in mood when their team loses—but not always lower self-esteem.

These reports show that connections forged between fans and their teams boost a feeling of belonging and improve emotional health. However, the connections sports fans create with fellow fans may be more valuable. “People from all walks of life follow sports, so sports bring people together who would not otherwise have anything in common,” Forester explained.

People from all income brackets, educational experiences, ages, religions, and ethnicities can find common ground when their team is playing. Everyone shares in the thrill of victory and the agony of defeat. And everyone has an opinion about who should be in the starting lineup, who should be on the bench, and who should be traded away.

“I know for many people–especially men–talking about sports is a great way to start a conversation and, in some cases, develop a relationship,” Forester said. “Talking about sports comes naturally, brings great pleasure, and is a relaxing and welcome distraction from daily stressors.”

For the Love of the Game

Sports fandom can create connections between co-workers, neighbors, and people you are meeting for the first time. It can also deepen bonds with family members. “Sports has always connected me to my dad and now to my son and daughter,” Forester said. “It is something we always have in common and talk about.”

Forester has a unique perspective on sports fandom. In addition to cheering on his favorite teams, he has enjoyed the experience from the other side. “I’ve run eight marathons, including six Boston Marathons,” he shared. “When I competed on the same playing field on the same day as the best in the world, I experienced the same crowd support as elite runners. It was an unbelievable and memorable experience.”

“If I didn’t have fans screaming for me, I would never have completed a marathon in my life,” he said. “I needed those fans.”

So, when it’s safe, head out and cheer for your favorite athletes. They need it—and so do you.

In the Media: ‘Some Hope Is Better Than Having No Hope’

In the Media: Doctors Face Dilemma on Whether To Recommend New Alzheimer’s Treatment 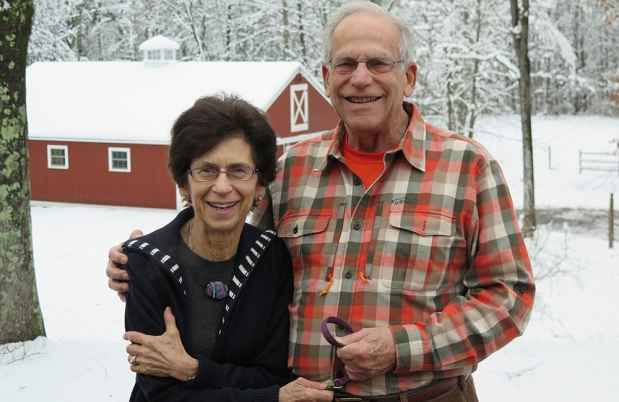