The McLean Award is given annually to people who have raised awareness about mental health. 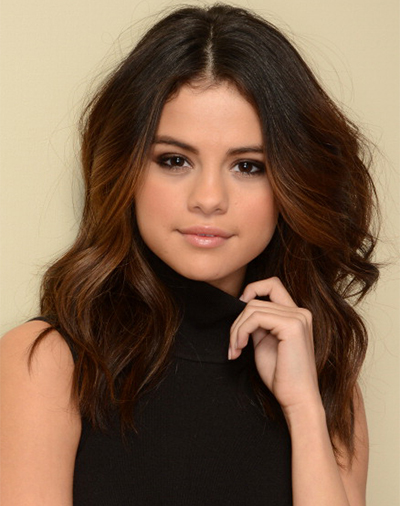 Selena Gomez is an internationally beloved performing artist and made the transition from child actress to adulthood with roles in Spring Breakers, Academy Award® nominated The Big Short, The Fundamentals of Caring and The Dead Don’t Die. As a multi-platinum recording artist, Gomez has sold more than 65 million tracks worldwide, most recently collaborating with DJ Snake, Ozuna, and Cardi B on the global hit “Taki Taki,” which exceeded 100 million views on YouTube.

In 2015, she released her critically acclaimed album “Revival,” the success of which made her one of only six female artists to have at least three songs from a single album reach the #1 position in the U.S. Top 40 Chart. She was named Billboard Magazine’s “Woman of the Year” in 2017.

Giving back is an important element in Gomez’s life. At 18, she was the youngest UNICEF Goodwill Ambassador and she has traveled internationally working to eradicate human trafficking and as an advocate for some of the world’s most vulnerable children.

After a personal experience with depression and anxiety, Gomez joined the ranks of other accomplished public figures who are embracing open dialogue about mental illness and encouraging others who are struggling to seek help. 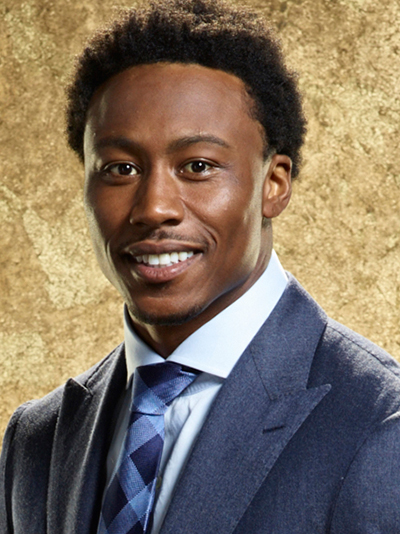 NFL wide receiver Brandon Marshall is a tremendously talented athlete and is considered one of the toughest guys in the NFL. He was drafted by the Denver Broncos in the 4th round of the 2006 NFL draft and has since played for the Miami Dolphins, the Chicago Bears, the New York Jets, the New York Giants and most recently signed with the Seattle Seahawks. Brandon has been selected to the Pro Bowl 6 times and is one of only 6 NFL players to catch at least 100 passes in 3 consecutive seasons.

Despite his phenomenal on-field success, Brandon struggled with an emotional instability that dramatically impacted his life. He was diagnosed with borderline personality disorder and spent three months in McLean Hospital’s intensive outpatient program. With a new opponent and stronger focus, Brandon and his wife Michi founded PROJECT 375. Using football as his platform, Brandon has dedicated his life to advocating for mental health, reducing stigma, and working to save lives by providing training in early intervention and crisis prevention. 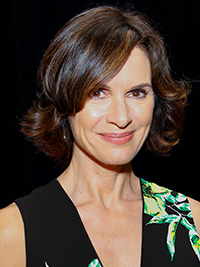 Emmy-Award winning journalist, television anchor, and investigative reporter Elizabeth Vargas has traveled the world covering breaking news stories, reporting in-depth investigations, and conducting interviews with world leaders and other influential newsmakers. She is currently the co-anchor of “20/20” with David Muir.

Elizabeth’s childhood was beset by anxiety and she struggled with daily, debilitating panic attacks before self-medicating with alcohol as an adult. In 2014, Elizabeth revealed both her alcoholism and her anxiety disorder on national television. Since then, she has become an outspoken and impactful advocate for mental health and substance use disorder treatment. Her powerful book, Between Breaths: A Memoir of Panic and Addiction, was an instant New York Times and USA Today best-seller. Telling her story publicly in both her book and as a sought-after speaker is emblematic of her dedication to destigmatizing psychiatric illness. 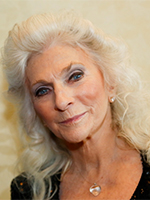 Iconic folk singer-songwriter Judy Collins has inspired audiences for decades with her soaring vocals and imaginative interpretations of traditional folk songs as well as her own poetic compositions. Her mental health advocacy efforts promote open and honest discourse about difficult subjects such as suicide, addiction, depression, and bulimia. She is committed to reducing the stigma associated with mental illness and is a sought-after speaker on these topics. Despite tremendous artistic and musical accomplishments, Judy’s private life has seen turmoil and heartbreak. She has battled depression, anxiety, alcoholism, and bulimia. The suicide of her only son, Clark, galvanized her drive to speak out about suicide and suicide prevention.

Judy has authored several books, including Sanity and Grace: A Journey of Suicide, Survival, and Strength, in which she poignantly shares the events surrounding her son’s death. In her most recent title, Sweet Judy Blue Eyes: My Life in Music, she recalls her turbulent childhood, rise to fame, epic victories over mental illness, and redemption through a healthy and stable lifestyle. Judy is as creatively vigorous as ever, writing, touring worldwide, nurturing fresh talent, and performing over 100 concerts annually. 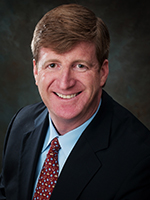 A long-time politician and mental health advocate, former congressman Patrick J. Kennedy was recognized for his efforts to ensure that those struggling with psychiatric illness and addictions receive the care they need and deserve. During his 16-year tenure as a member of the U.S. House of Representatives, Mr. Kennedy was a tireless voice for access to mental health and addictions treatment. He was the lead sponsor for the ground-breaking Mental Health Parity and Addiction Equity Act of 2008.

Since leaving Congress, Mr. Kennedy has continued his advocacy work. He is the founder of One Mind for Research and The Kennedy Forum on Community Mental Health. He also has spoken candidly about his own struggles with mental illness and addictions. His 2015 memoir A Common Struggle: A Personal Journey Through the Past and Future of Mental Illness and Addiction chronicles his personal struggles and political efforts as well as his deep commitment to reducing the stigma of psychiatric illness and furthering the public’s awareness of this crucial issue.

Cultural icon Jane Fonda was recognized for her mental health advocacy and for raising public awareness about issues such as eating disorders, trauma, postpartum depression, bipolar disorder and suicide.

Fonda has spoken openly about her personal experience with mental illness in the media and in her personal memoirs. Her most recently released book, Being A Teen: Everything Teen Girls & Boys Should Know About Relationships, Sex, Love, Health, Identity & More, landed on the New York Times Bestseller List. In it she cites the Klarman Eating Disorders Center at McLean Hospital as a valuable nationwide resource, both for treatment and information.

Russell has been open about by his own family’s experiences with bipolar disorder. His advocacy efforts have brought him to Washington, where he and actor Bradley Cooper introduced important legislation to Congress and met with Vice President Joe Biden to discuss the state of mental health issues in the United States.

Through her psychologically complex characters, which are informed by her relationship and work with McLean, Patricia Cornwell is pushing psychiatric illness to the forefront of everyday conversation. In addition, her openness about her own challenges with bipolar disorder have sent a powerful and encouraging message to her extensive readership and others worldwide. One of the top-selling fiction writers in the world, Patricia has sold over an astounding 100 million books in 35 languages in 120 countries.

Patricia is a member of the McLean Hospital National Council, a group of advocates, ambassadors and philanthropists dedicated to the hospital’s mission of improving the lives of individuals and families affected by mental illness.

Internationally known actress, model, writer, talk show host, and speaker, Mariel Hemingway is dedicated to eliminating the stigma of mental illness. Her illustrious family has been plagued by mental illness and captured the public’s fascination for generations. She is an advocate for mental health causes including depression, eating disorders and suicide prevention.

Hemingway teamed up with Academy Award-winning producer and director Barbara Kopple and the Oprah Winfrey Network to produce the film Running from Crazy, in which Mariel confronts her family’s history of mental illness as she explores the path she has taken toward well being. 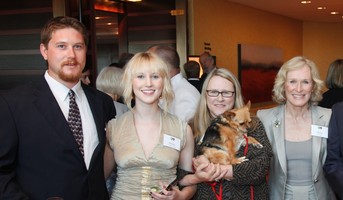 In honor of her family’s experiences with mental illness, Glenn Close established Bring Change 2 Mind, a non-profit organization dedicated to eradicating the stigma of mental illness and educating and supporting individuals and their families. Through PSAs and other outreach efforts, Bring Change 2 Mind has encouraged a national dialogue about psychiatric illness.

Along with her sister Jessie Close and her nephew Calen Pick, Glenn, her family, and Bring Change 2 Mind are dedicated to spreading awareness of mental illness.

McLean Hospital honored astronaut, pioneer and author Buzz Aldrin, ScD, for his candor about his personal struggles with alcoholism and depression and his commitment to raising awareness about psychiatric illness.

On July 20, 1969, Aldrin’s Apollo 11 lunar walk made him one of the most famous people on Earth. Following his return, Aldrin battled depression and alcoholism and the ensuing personal and professional consequences of these illnesses. Aldrin struggled with alcohol for years before seeking treatment. Sober since 1978, he has been a committed mental health advocate, speaking candidly about his struggles and encouraging others to seek treatment.

Journalists Bob and Lee Woodruff were the first recipients of the McLean Award for their work in raising awareness of mental health.

While on assignment in Iraq, Bob Woodruff suffered a traumatic brain injury and nearly lost his life. Since the accident, the Woodruffs have become national advocates for mental health awareness and have spoken openly about their family’s experiences with post-traumatic stress disorder, traumatic brain injury, depression and anxiety. They founded the Bob Woodruff Family Fund, a foundation that works with private industry and government to support excellence in prevention, diagnosis, treatment and resources for injured veterans.