McLean Hospital has announced the award recipients of one pre-doctoral and 11 post-doctoral fellowships for the 2016-2017 academic year. These fellowships are made possible by a combination of generous support from donors and McLean’s internal funding resources.

The hospital is grateful to its donors, whose philanthropic investments exemplify their trust in the many talented investigators who are helping to advance the field of mental health research and treatment. 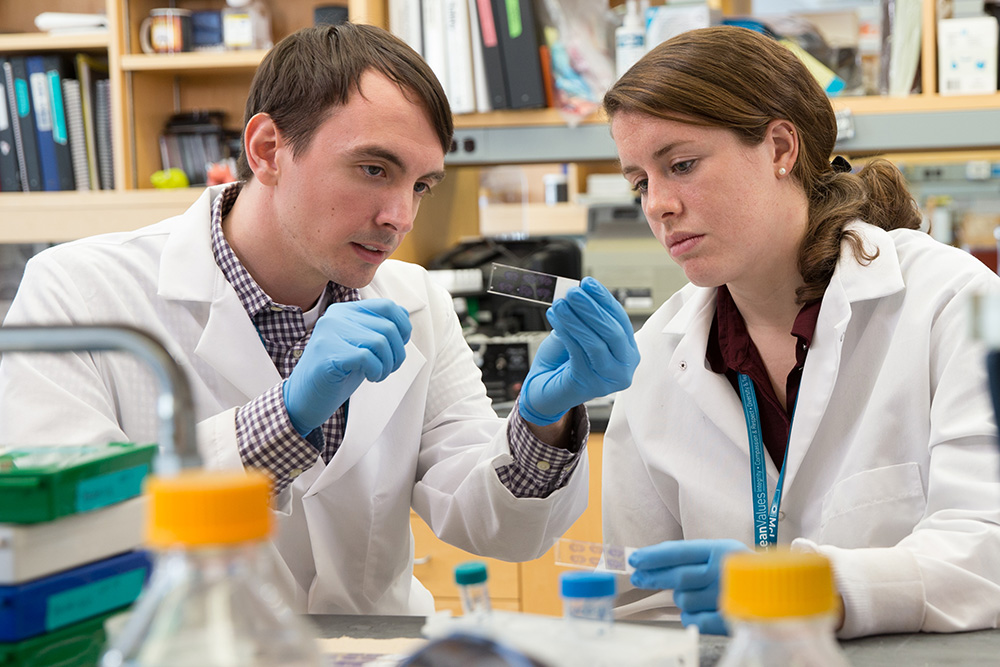 Yumeng Fang was awarded the Rossano Mind, Brain & Behavior Pre-Doctoral Summer Fellowship, established by honorary trustee Kenneth R. Rossano. The fellowship’s project title is “An FMRI Study of Theory of Mind (ToM),” which refers to the ability to explain, predict, and interpret another person’s behavior by attributing affective and cognitive mental states to other people and to oneself.

Jennifer R. Gatchel, MD, PhD, an assistant psychiatrist in the Division of Geriatric Psychiatry and an instructor in psychiatry at Harvard Medical School, has been awarded one of two Maria Lorenz Pope Fellowships to support her research on the neurobiology of geriatric depression and identification of biomarkers related to treatment response.

Kristin Javaras, PhD, an assistant in psychology in the Center of Excellence in Women’s Mental Health, has been awarded one of two Phyllis and Jerome Lyle Rappaport Mental Health Research Fellowships, established by the Rappaport family, to support her efforts to validate a new way to assess emotional overeating.

Kim R. Lezak, PhD, a research fellow in the Behavioral Genetics Laboratory, has been awarded the Jonathan Edward Brooking Mental Health Research Fellowship, established by the Brooking family, to support her research on pituitary adenylate cyclase activating polypeptide (PACAP) and the role altered PACAP signaling may play in alcohol use disorder.

Stephanie A. Maddox, PhD, a research fellow in the Neurobiology of Fear Laboratory, has been awarded the second of two Phyllis and Jerome Lyle Rappaport Mental Health Research Fellowships to support her work in investigating potential new treatments for fear and anxiety disorders.

Elizabeth Olson, PhD, a research fellow in the Anxiety and Traumatic Stress Disorders Laboratory, has been awarded the Eleanor and Miles Shore Harvard Medical School Fellowship to support her research on the neuroeconomics of social withdrawal in trauma-exposed individuals. Neuroeconomics is a field that seeks to explain human decision-making, the ability to process multiple alternatives, and to follow a course of action.

W. Brad Ruzicka, MD, PhD, a staff psychiatrist and assistant neuroscientist in McLean’s Program for Structural and Molecular Neuroscience, has been awarded the Pope-Hintz Fellowship, established by the Hintz family, to support his research on neuronal- and circuitry-specific chromatin dynamics in psychotic disorders.

Linda Valeri, PhD, an assistant biostatistician in the Psychiatric Biostatistics Laboratory, has been awarded the Adam J. Corneel Young Investigator Award, established by the Corneel family, to support her research on the impact of social dynamics in group therapy and whether they help or hinder substance use disorder treatment results.

Rebecca Benham Vautour, PhD, a fellow in the Laboratory of Genetic Neuropharmacology, was awarded the McLean Presidential Fellowship to support her work investigating pharmacological agents and genetically modified mice to examine the role of GABAA receptors in depression and its treatment.

Alexis E. Whitton, PhD, an assistant neuroscientist in the Laboratory for Translational and Affective Neuroscience, was awarded the Andrew P. Merrill Memorial Research Fellowship, established by the Merrill family, to support her research comparing circadian rhythm disruption in individuals with bipolar and unipolar depression.

Dawn E. Sugarman, PhD, an assistant psychologist in the Alcohol, Drug, and Addiction Clinical and Health Sciences Research Program, received the Sarles Young Investigator Award for Research on Women and Addiction for the second consecutive year. The award, established by the Sarles family, supports her continued work on the development and testing of a gender-responsive, computerized psychoeducational intervention for women with substance use disorders.