My name is Dorothy Ssebakka. I am a staff nurse at the Community Reintegration Unit (NB2), a short-term unit for patients with psychotic disorders. In 2011, I cared for a patient named Alfonso. He was a 44-year-old man with a history of schizophrenia. Alfonso had been refusing to take his medications and was unable to care for himself, so he was admitted to our unit. He was a tall, skinny man, and despite refusing to shower, he was well groomed: he always wore a buttoned-down shirt tucked neatly into his slacks and socks and shoes. When he was taking his medications, he functioned well—living with his mother and holding down a part-time job.

One day, while performing my rounds at the 3pm change of shift, I entered Alfonso’s room to introduce myself as his nurse. He was sitting in a chair, staring out the window. It was a typical check-in: I ask patients how they are feeling and whether they’ve eaten, showered, etc. It’s also an opportunity to observe them and get a read on their behavior and mood. Alfonso was completely unresponsive and continued looking out of the window as I spoke. I told him I would come back to see him shortly.

I returned to check on Alfonso after reviewing the patient report—the notes made by the previous shift’s staff that informs us how each client is doing. It’s my routine to go around and check in with all my patients before I pour their 5pm medications. When I walked into Alfonso’s room, he was sitting in the exact same position, still staring out the window. Again, I addressed him and he did not respond.

I saw that Alfonso had a bible open on a table next to his bed. Although it’s not uncommon for people with schizophrenia to have religious delusions, I knew that this was not the case with Alfonso. I asked him if he had been reading the passage the bible was open to. I am always on the lookout for opportunities to engage with patients—ways to draw them out and eventually gain their trust. It could be something as small as complimenting an article of clothing they’re wearing. I interpreted Alfonso’s open bible as a quiet invitation from him to engage. But he didn’t answer my question. I continued. “Have you eaten? Do you need anything?” Silence. Again I told him I would be back and left to check in on my other clients.

When I returned at 5pm, I approached him again, saying, “It’s almost dinner time. Will you come with me to get your medications?” He said nothing, so I kept talking. “I noticed your bible was open. I love Psalm 23. Do you have a favorite story?” Alfonso said nothing, but followed me to the medication window and took his medications.

After dinner, I went into his room once more and asked, “Would you like me to read something from the bible?” He nodded in the direction of the bible, so I picked it up and began reading Psalm 23: the Lord is my shepherd; I shall not want. He maketh me to lie down in green pastures: he leadeth me beside the still waters. He restoreth my soul: he leadeth me in the paths of righteousness for his name’s sake. Yea, though I walk through the valley of the shadow of death, I will fear no evil: for thou art with me; thy rod and thy staff they comfort me…” 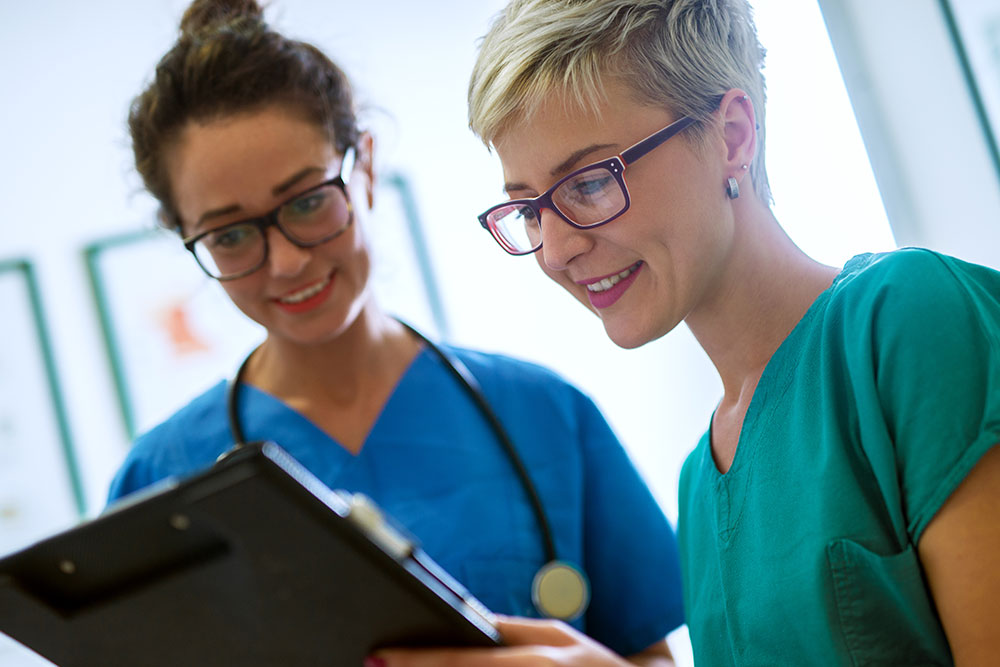 After this breakthrough, each day I would request that Alfonso be my patient. And reading him the 23rd psalm became our ritual. He still wouldn’t speak, but he did answer my questions with a nod “yes” or a shake of the head “no.”

Then on the fourth day, I told him I had some towels and soap and would he finally be willing to take a shower? “I will do it after dinner,” he responded, the first words he had spoken to me. That broke the ice. After that he began to talk a little with me. We didn’t engage in long conversations, but at least he was relating to me.

About a week later, I met his mother. I asked her if Alfonso attended church regularly and she said that he was very close to his pastor. I asked her if it would be helpful to Alfonso for his pastor to pay him a visit. She lit up. “Really? That would be great.” She arranged for the pastor to visit with Alfonso several times. Alfonso really enjoyed the visits and would tell me afterwards what they had talked about.

Over time, Alfonso improved. If he was having trouble, I tried to put things in a spiritual context for him, using imagery that he could relate to. For example, if he refused his medications, I would say: “Remember Alfonso, your body is the temple of God and you need to keep it clean and clear.” My approach was effective and other staff began to notice my relationship with him and asked how I convinced him to take his meds.

The lesson from this experience is that it is our duty, as nurses, to address our patients’ spiritual needs—or at least find someone who can—as well as their medical and emotional ones. We shouldn’t be afraid to ask them if they would like to have a priest, pastor, imam or rabbi visit. It’s also important to encourage our patients to continue practicing their religious or spiritual beliefs—whatever they may be—while they’re hospitalized because these practices can be reassuring—even healing. Ask patients if they have a rosary, or if you can help them set up a small shrine. From their spiritual beliefs, our clients can find incredible strength and hope. It’s up to us to notice and encourage their practice.