College can be a very stressful time for many students. For those with mental health issues, it can be overwhelming.

The late teens and early 20s—the traditional college years—are known to be the time in life when serious mental illnesses are most likely to manifest themselves. Add to that being away from home for the first time and the stresses of adjusting to college life and you have a recipe for psychological problems for many students.

While most colleges have a range of support systems to help students struggling with mental health issues, they often are not sufficient to help those with more serious problems. These can include severe depression, anxiety, bipolar disorder, schizophrenia, eating disorders, obsessive compulsive disorders and, in some cases, substance abuse issues too.

That’s where the College Mental Health Program at McLean Hospital comes in.

McLean treats about 600 students each year from about 200 colleges. The CMHP, founded in 2008, works with many of them. “We’re the only hospital-based comprehensive college mental health program in the country,” says Stephanie Pinder-Amaker, PhD, program director.

Besides treatment, the program does research on the issue of the mental health of college students and consults with colleges and parents.

The program makes use of any number of treatment resources at McLean, including both in-patient and out-patient programs. But it is student-focused in that the program has its own dedicated staff, including psychiatrists, psychologists and social workers, to augment each student’s care, including providing individual consultation and group therapy to students in addition to what treatment they may be getting in the hospital unit or programs to which they have been admitted.

“This time of life is even more challenging for college students in that they are facing new stresses, like being away from home, anxiety over performing academically, developing new relationships, issues about sexual orientation,” she says. “Stress is a contributing factor to serious psychiatric illnesses.”

“This time of life is even more challenging for college students in that they are facing new stresses, like being away from home, anxiety over performing academically, developing new relationships, issues about sexual orientation,” she says. “Stress is a contributing factor to serious psychiatric illnesses.”

The treatment offered through the program is unique because “we are always thinking about student-focused care,” Pinder-Amaker says.

An example of how the treatment provided at CMHP is “student focused” is that the students, in addition to the traditional treatment they are getting at McLean, also participate in programs such as special “Bridge to Campus” groups where they meet with other students in treatment three times per week.

“They come together with other students facing similar challenges,” she says.

Besides treating students, CMHP is involved in research on the subject of college mental health.

“We have an extraordinary microcosm of what is happening nationally in the area of college student mental health,” Pinder-Amaker says. “Nobody in the country works with so many students from such a broad range of schools.”

CMHP is conducting studies to determine the effectiveness of what the program is doing. Preliminary results show that integrating student-focused care into traditional cognitive behavioral therapy does improve mental health outcomes.

A third focus of the program, beyond treatment and research, is outreach and consultation to the college community as well as to parents.

“We visit campuses,” she says. “We invite college mental health professionals to visit us.”

CMHP personnel also work with parents of college students, including offering support groups for them.

“When they call us it is at a time when their child is in crisis,” she says. “The child may be failing his or her courses and at the same time dealing with a mental health issue. We work with parents to deal with both problems.” 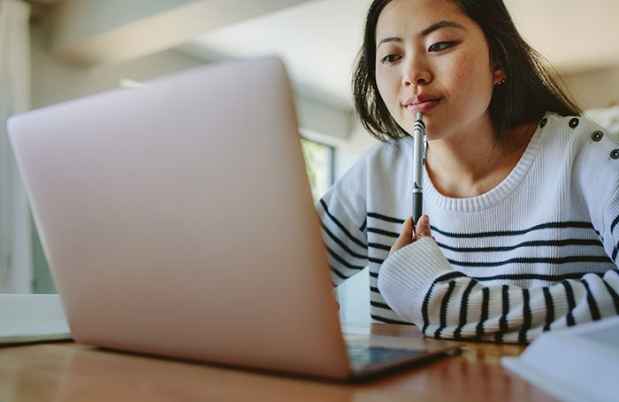