Helping Those in the Line of Duty

The LEADER (Law Enforcement, Active Duty, Emergency Responder) program has grown substantially in volume and scope since it was launched in 2013 following the Boston Marathon bombing, according to McLean’s Chief Medical Officer Joseph Gold, MD, who oversees LEADER across multiple clinical divisions and levels of care. Gold noted that McLean developed the initial pilot for LEADER thanks to a generous gift from The Patriots’ Day Project of Fidelity Investments Employees.

Created to provide specialized mental health and addiction services for men and women in uniform, including police officers, fire department personnel, active members of the military, and other first responders, LEADER is one of the few programs of its kind in the United States. 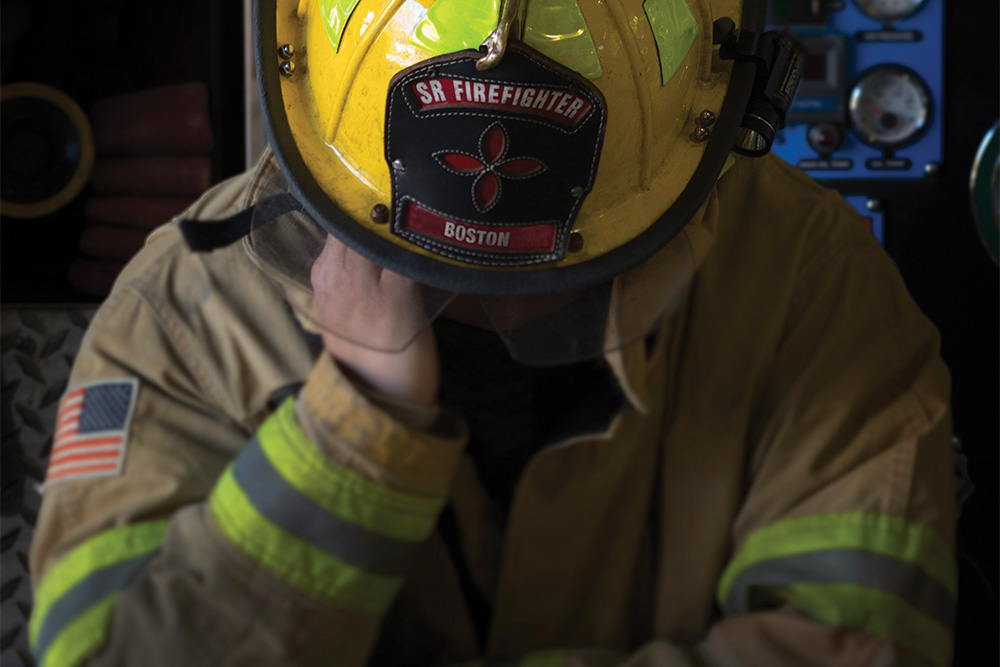 “We understand that police officers, firefighters, EMTs, and other first responders face unique and often overwhelming stress in the type of work they do, and at the same time they may also face obstacles in seeking help,” said Gold, who outlined how LEADER has grown since its inception.

“There are other programs across the country that provide similar services, but to our knowledge, what we offer is unprecedented and comprehensive in size, scope, and gender-specific treatment. LEADER patients have access to McLean’s highly specialized programs for every type of psychiatric condition,” explained Gold.